'Guilty Gear Strive' Early Access: What PS4, PS5 Players Would Get, How to Pre-Order 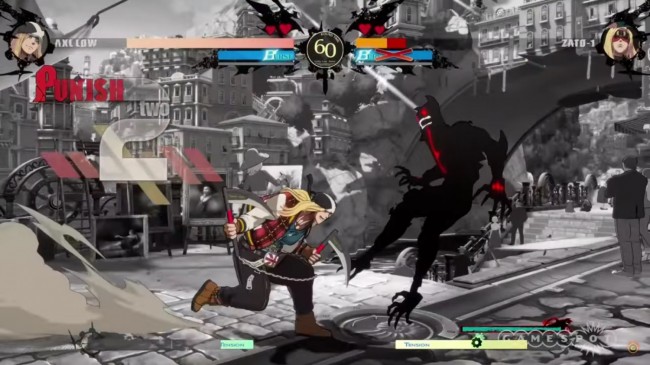 Players of "Guilty Gear Strive" are now waiting for the game's formal release this June 11th, but they can experience it on an earlier basis as Pre-orders for its Early Access Pass will be open this coming June 8th, three days before its launch.

The latest installment to the 1998 fighting game of the same name, and made by Arc System Works, Guilty Gear Strive will take the story of Sol Badguy to the next level thanks to its cinematic graphics and old school arcade gameplay.

And it gets better as updates regarding the gameplay are slowly implementing thanks mostly to the game's Open Beta.

In a "Developer Backyard" post in their website, Katano Akira, a member of the game's development team, said that they have included additional modes in their Player-to-Player gameplay.

This included a "Player Match Mode," where players can set up a room that can enter up to 9 players, host included. In this mode, you can play with your friends using an ID, or use the said rooms for your tournaments.

Other features included in this mode such as match spectating and queueing up for you next matches.

Online Training Mode was also included, where you can practice your move sets with a friend, as well as Mission Mode where you can partake to tits more than 120 missions that are divided based on your difficulty.

As for the changes within the Online Lobby, Katano said that they have changed its matching system to using the game's Duel System, as well as they added a rematch feature. However, he said that there are persisting connectivity problems.

He also said that they are still making the final fixes in preparation for its release. This includes fixing its bugs, improving other features, and other changes that will be implemented after the release.

GamingBolt.com said in their article that the developers are now also fixing the balance of each characters, including its movements. Katano said that they are fixing the characters' jumps as well as their movement arcs after the jump and landing.

"After considering a variety of factors such as the game concept, battle balance, and how fun it is to play as an action game, we are making final adjustments in the direction of increasing the movement arcs, while retaining the landing recovery on aerial attacks and double jumps, etc., for the final game," Katano said.

How to Get Your GG Strive Pre-Order

Both the Ultimate and the Deluxe Editions of Guilty Gear Strive will be available for Pre-Order on June 8th.

According to DualShockers.com, both of these editions contains an Early Access Pass, and these passes are only available for its PlayStation 4 and PlayStation 5 editions. You will also need to have your either PS4 or PS5 connected to the internet.

Those who purchased the Digital Deluxe Edition through Steam will not receive their Early Access Pass as it is not available for the said version.

In the Early Access Pass, you can play all of the game's modes, including Story mode, Offline mode, and Network Mode.

You can also have the chance to play all of the 15 characters that are in the game's lineup prior to the June 11 release. The last one will be I-No, a time travelling musician who uses a guitar as a weapon.

Those who will get the Ultimate Edition will have an ultimate treat as they will also receive the game's digital soundtrack, digital artworks, special cosmetics, and a Dynamic Custom Theme that is exclusive to its PlayStation 4 Edition.

Horizon Zero Dawn's Aloy will Crossover to Genshin Impact: Release Date, How to ...