'Overwatch' Cross-Play Beta FAQ: How to Play the FPS Through Linking Between PC, Console 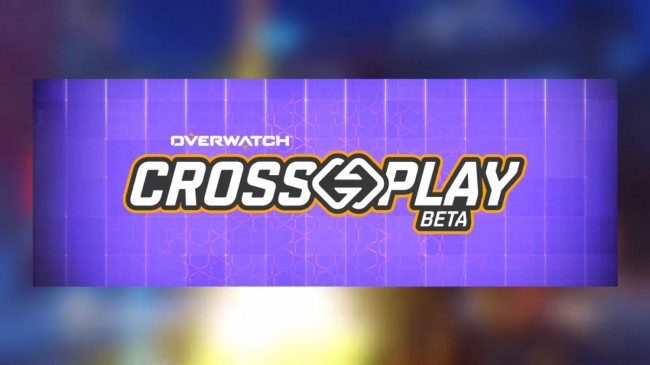 (Photo: Screenshot from BRO YOU WACK's "Overwatch - CROSSPLAY IS COMING TO OVERWATCH")

After five years since its launch, Overwatch will now let its players to play across multiple platforms from PC to consoles, such as the PlayStation 4, Xbox One, and Nintendo Switch, as Blizzard announces the "Cross-Play" Beta test release.

"Cross-Play" will let the players of the first person shooter (FPS) game link different platforms with each other with the help of their Battle.net account.

However, according to Slash Gear, while the "Cross-Play" Beta test will be launched in Overwatch, cross-progression, or the ability where a player can play the game in a platform then continues it on another while keeping their data in their platforms intact, will not be implemented.

Cross-Play is coming to #Overwatch.

But several Blizzard staff are hinting that cross-progression will might be done now that cross-playing will be implemented in Overwatch.

How to initiate "Cross-Play"

The launching of the "Cross-Play" Beta test will make their players play Overwatch to multiple platforms from a single PC to multiple consoles. The Beta test also lets its players enjoy multiplayer gameplay whatever platform they are using.

There is one caveat - players must have a Battle.net account. According to The Verge, players need to link their Battle.net accounts in their respective consoles to allow them to play with their friends that they've added in Blizzard's social networking service.

To create one, they must first go to the Battle.net site and create an account there. They can use either their email or their mobile number for their credentials during log-in. Once they created an account, they will go to their "Account Settings." Then they will click the "Connections" section and from there, they can link their consoles.

To link their consoles and their Battle.net accounts, they must first launch the game in their system. Then, they need to press the confirmation button in order to proceed towards the Overwatch welcome screen. From there, they will be presented with an alpha-numeric code and a QR code.

They can enter the alpha-numeric code at a special Blizzard webpage for said codes, while the QR code can be scanned with a mobile app that will take them to a linking webpage, which will be pre-populated with in-game provided code.

Once they finish that step, they will proceed to logging in their Battle.net account credentials in order to finalize the connection. One they entered said credentials, they will receive a message in-game that their accounts are now successfully linked or connected.

What Will Happen During the Beta Test?

The "Cross-Play" Beta test might consider to be an initial testing for Overwatch to expand its gameplay as well as creating multiple player pools.

According to CNet.com, despite of the possible integration of multiple platforms, the game's multiplayer matchmaking will still group PC players against each other, and the same will be made for the console players. However, there will no competitive mode for the combined PC and console players group.

According to CNet.com, the reason behind the rulings for the player-versus-player (PvP) competitive during the "Cross-Play" Beta test is because PC players have more advantages over console players due to the fact that they are using their keyboard and mouse and having faster hardware.

Also, according to Slash Gear, console players also have the option of opting out of the cross-play, which means they can play Overwatch in their consoles while they will be matched with their fellow console players. PC players, on the other hand, will not be able to disable the feature.

Blizzard did not announce a precise release date for the "Corss-Play" Beta test, but the developers said that they will be launching it sometime before the end of Overwatch's Season 28.