‘DnD: Dark Alliance’ Crossplay on PC, PS4, Xbox Guide Plus Beginner’s Tips on How to Master the Game 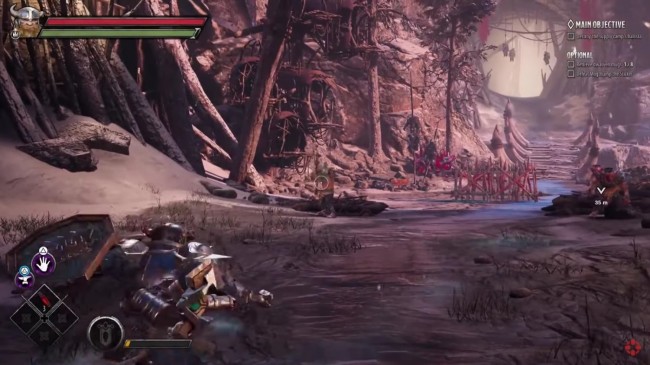 Dungeons and Dragons: Dark Alliance is set to release within this week, and fans are wondering if the game itself will be open for cross-playing and cross-platforming.

A third-person hack-and-slash action brawler, Dungeons and Dragons: Dark Alliance allows up to four players to take on classic roles from the tabletop role-playing game to battle through enemy armies.

Players may choose from these heroes - Drizzt, the Ranger who fights like a rogue; Cattie-brie, the fighter who plays like a ranger; Bruenor, the fighter; and Wulfgar, the barbarian.

Your Party. Their Funeral. Dark Alliance brings to life the world of Dungeons & Dragons in an explosive action brawler filled with real-time combat and dynamic co-op.

They can also customize these characters from a wide variety of over 50 different moves, special abilities, and team-attacks, depending on their strategy and tactics for not just the individual character, but also for the team.

However, according to HITC, couch co-op play, or initiating co-op play within the vicinity of a player's home with family and friends, is not evident in the game's release. Despite of the omission, the chance of including both cross-play and cross-platforming in the game remain high.

First announced last May 13th, Dark Alliance was said to be available on multiple platforms on its June 22nd launch release.

According to a blog post in Xbox.com, Jeff Hattem, Head of Studio and Creative Director for Tuque Games, the game's developer, said that it will be playable to Xbox One, Xbox Series X|S, PC, PlayStation 4, PlayStation 5, and smartphones via Xbox Cloud Gaming (Beta).

How to Master DnD: Dark Alliance

Dungeons and Dragons: Dark Alliance, as mentioned, can be played up to four players, or if you want, you can play it solo.

However, according to Polygon, playing the game with you and your friends can unlock several moves called Team Attacks. These attacks will make exterminating your enemies much easier. You can also learn about the characters as you go through the game.

Any character works well in doing melee attacks, which is going to be your only option if you are playing the game solo. You can also consider using ranged attacks as they are all also capable in doing so, however Catti-brie can be your good option for dealing damage from the distance.

Also always avoid relying on button mashing as the game's combat is directional, which means you need to keep heading in a direction for your attacks while limiting said attacks.

Another thing that you need to do in the game is to explore every map that you are in to look for chests that contains either gold, essential gear, consumable items, or XP. You can always do this during your free time. You need to explore every branching path and dead end to do this.

In terms of equipment, the loot that you collected throughout a level is sent to a chest at "Kelvin's Cairn." After completing a level, you can collect the loot and even sort it through to look for a gear that you can use on your future adventures.

Speaking of gears, always consider that several of them have bonuses once they are combined into a set. These gears are separated into weapons, armor, and jewelry and accessories. Once collected, you can attain any bonuses a set has. So better not to sell some gears that has potential sets, unless needed.

Also, keep in mind that you can also improve your stats, unlock any feats, and buy moves, which can be unlocked to expand your combat options and versatility, back at the camp.

TAG Dungeons & Dragons
© 2020 Game & Guide All rights reserved. Do not reproduce without permission.