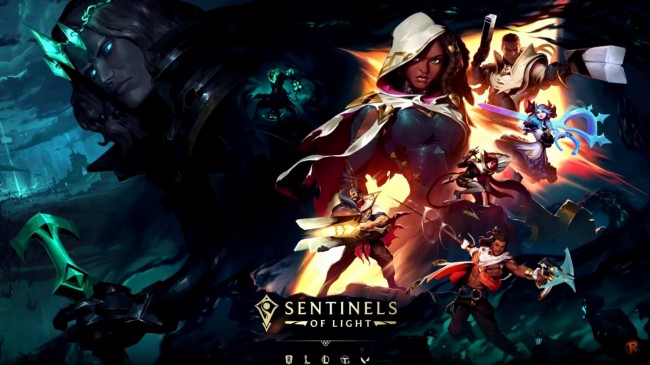 The biggest event in Riot Games' history has finally launched as Sentinels of Light is arrived to League of Legends and other titles like Valorant and League of Legends: Wild Rift. Coinciding to this event, players will choose a side to dictate the future of Runeterra in the game's upcoming event, Rise of the Sentinels.

As part of the upcoming Patch 11.14 Update, players will not only take part to the said event, but also will also receive new Champion skins, game modes, in-game missions, as well as rewards.

Not only that, the event will also give opportunity to their players to raise money for a good cause. According to ComingSoon.com, proceeds that they will gain for a fundraiser will be sent to their own local communities through their Riot Games Social Impact Fund.

These Sentinels are here to slay💫 pic.twitter.com/FXFz7e0Gbc

But in order for players to prepare for the said event, Riot left a puzzle in their website.

How to Solve the In-Web Puzzle

According to Dexerto, Riot produced an in-web puzzle in preparation for the event. This puzzle focused on the game's hero, Viego, "The Ruined King." In order to solve this puzzle, you must first click the hand on Viego's portrait that is on the left of the picture.

After you complete the puzzle, you will receive something extra from the website.

Along with the upcoming Patch 11.14 Update for League of Legends, several new skins will be introduced in lieu with the Rise of the Sentinels events.

DBLTap revealed the Sentinel skins for Irelia, Diana, Olaf, Riven, and Vayne, while Dexerto said that Draven, Karma, Pantheon, and Shyvana will be joining the dark side with their new Ruination skins.

A new game mode will also be introduced during the Rise of the Sentinels release. According to Dexerto, the Ultimate Spellbook game mode will be hitting the live servers after a month in the public beta environment.

In Ultimate Spellbook, you will be given a chance to another champion's ultimate to boost you up for the rest of the game. The said game mode will last around the duration of the event.

Like any in-game League of Legends event, the Rise of the Sentinels will also have its missions which will be released in the future during the said event, along with the rewards , which according to Dexerto, will include in-game goodies like chromas, loading screen borders, and more.

READ ALSO: LoL:Wild Rift's Patch 2.3 Update Guide: How to Unlock Irelia and Riven for Free in the 'Broken Blades' Event