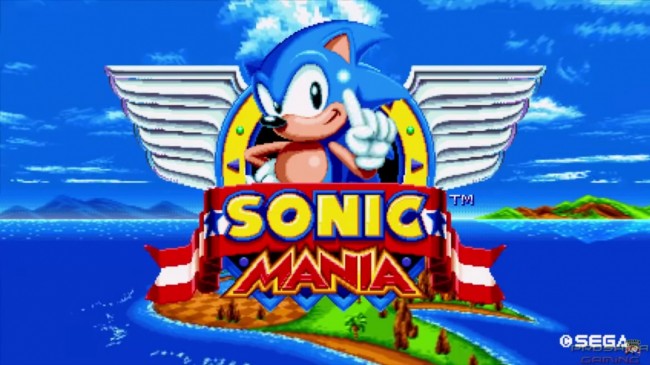 The Blue Blur is storming in the Epic Games Store as Sonic Mania is now up for grabs for free in the online digital game store for a limited time only. This is in celebration of the 30th year anniversary of the Sonic the Hedgehog franchise.

Aside from Sonic Mania, the arcade racing game, Horizon Chase Turbo, is also in the Epic Games Store for free.

Bring in the Blue Blur with Sonic Mania

Produced in 2016 in lieu with Sonic's 25th birthday and released in 2017 by Sega, Sonic Mania pays homage to the original Sonic side-scroller platform games for Sega Genesis. Kotaku said that the game itself was built mostly by the members of both the fan-game and ROM hacking communities.

The game received an enhanced version, Sonic Mania Plus, was released in July 2018 with additional content, including two new playable characters and an "Encore Mode."

The game features over twelve levels, or Zones, including eight others that are redesigned from the past few games, including the iconic Green Hill Zone from the 1991 Sonic game.

In Sonic Mania, players select one of the three characters, each with its unique abilities - Sonic the Hedgehog, with his signature speed, can do a "drop dash" which sends him rolling in a dash after a jump, Miles "Tails" Prower can fly and swim using his propeller-like pair of tails, and Knuckles the Echidna can glide and climb walls.

Sonic Mania also has game modes that is similar to those of other Sonic platformers. Players can play as Sonic and Tails simultaneously or a second player can control Tails independently just like in Sonic 2.

They can also simultaneously control the said two characters including Knuckles in "& Knuckles" mode just like Sonic 3 & Knuckles.

According to Clutch Points, Sonic Mania boasts its modern graphics that was incorporated in its Zones, including "remixed" ones. This includes its crisp pixel art with 3D backgrounds and smooth 60 frames per second (FPS) frame rate.

Sonic Mania received praises from its release. Eurogamer posted in its review for the game that Sonic Mania takes everything that was memorable about Sega's pioneering 2D platformers. In a separate review, Slash Gear said that the game itself felt "like a breath of fresh air."

Feed the Need for Speed with Horizon Chase Turbo

Released in 2019 for Nintendo Switch, PlayStation 4, Xbox One, and Windows PC by Aquiris Game Studio and PM Studios, Horizon Chase Turbo is a sequel to the 2015 game Horizon Chase - World Tour, which was released in both Android and iOS smartphones.

According to NME, the game itself has that 80's and 90's retro arcade feel despite being a 3D game, with beautiful graphics and a killer soundtrack.

The game also has 109 vibrant, globe-spanning tracks, which spread across 48 cities and twelve racing cups, according to Eurogamer, as well as an online competitive ghost mode, and a split-screen multiplayer mode that can accommodate up to 4 players.

Slash Gear said that both Sonic Mania and Horizon Chase Turbo are free for grabs in the said digital online games store until July 1st at 11:00 AM EDT.