Epic Games Store 'Control' Free Giveaway: How to Get this Psychological Third-Person Shooter for Free 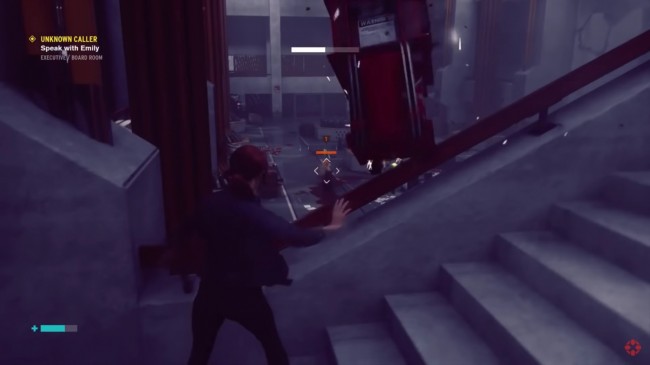 In "Control," players will control Jesse Faden, the director of the Federal Bureau of Control, and fight against the enemies called "The Hiss" with conventional firearms and psychokinetic abilities.
(Photo: Screenshot from IGN's "Control Review")

Get ready to dive into the paranormal as Epic Game Store will give away the psychological thriller shooter game, "Control," for free for a limited time only.

Released in 2019 by Remedy Entertainment, the game developers behind Max Payne, Alan Wake, and Quantum Break, Control revolves around Jesse Faden, the Director of the Federal Bureau of Control, a secret US government agency that tackles cases that violated the laws of reality.

Players of the game will face against the Hiss, an opposing entity that invaded and corrupted every fabric of reality with the game's realm, including the Oldest House, FBC's headquarters.

According to Polygon.com, the game will take you to the paranormal world with weapons and psychic abilities, including telekinesis, levitation, and mind control, to use. Its gameplay is built in the Metroidvania format, which players has a large map to traverse at a nonlinear pace.

They will encounter Control Points, areas that can be unlocked after clearing the enemies in an area. These can be used both as a save point as well teleportation area for previously-unlocked Control Points.

As the player progresses in the game by completing missions, they will unlock more areas within the building to explore additional side quests and claim additional rewards if completed. These rewards can be used to improve the character's Service Weapon.

Skill points was introduced to improve the character's psychokinetic powers, as well as perks that can be equipped to improve her basic stats.

Control was run under the game developer's proprietary Northlight Engine, a game engine that they used for Quantum Break.

Lowyat.net also said that the game features a reality-bending setting that takes inspiration from the works of H.P. Lovecraft as well as film director David Lynch.

The game has met with positive reviews from game critics, with several publication including the third person shooting game in their top games of 2019.

Control was formerly released as an Epic Games Store exclusive in 2019 before launching their Control: Ultimate Edition on Steam in August 2020.

How to Get in the Epic Games Store

To claim Control for free, simply go to the Epic Games Store website and look for the "Free Games" tab. Then, click the "Free Now" button below it. Once you are in the game-dedicated page, click the "Get" button. You must be logged in before you grab your free game.

Keep in mind that the Control that you are getting from the Epic Game Store is the base game only and you need to buy its Expansion Packs.

According to Bloody Disgusting, aside from Control, Mihoyo's hit MMORPG, Genshin Impact, is also free for grabs in the Epic Games Store.

You can claim Control in the Epic Games Store until June 17.

League of Legends' "Rise of the Sentinels" Event Guide: How to Solve the Web ...