'Pokemon GO' Bidoof Day + Cup Guide: Movesets + Everything to Expect in the Event 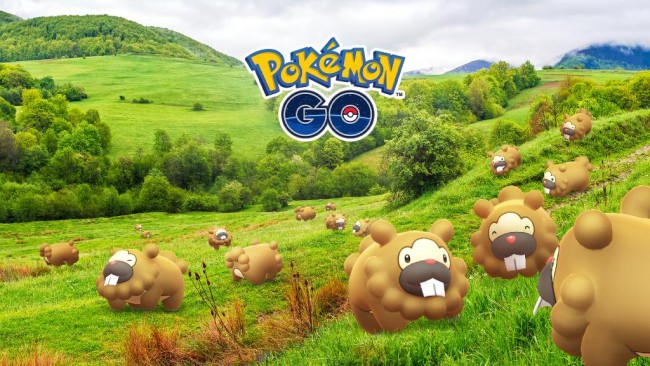 It is official! On July 1st, Bidoof is taking over the whole Pokemon GO as the Plump Mouse Pokemon is the center of Bidoof Day, the culminating event for the game's Bidoof Breakdown, which started last June 25th.

In Bidoof Breakdown, only Bidoof will be spawned in every location during the duration of the said event, which will be lasted for a week until the Bidoof Day itself.

However, catching a Bidoof might be reward as these Pokemon will special moves that can be attainable using a Charged TM, according to Polygon. This includes nifty attacks such as Shadow Ball, Thunderbolt, or Ice Beam.

Even MORE Bidoof-related updates are coming your way, Trainers! Get ready for an event that celebrates the lovable Bidoof! https://t.co/UJqyVGI1Xc pic.twitter.com/Py6YUyr0NN

Not only that the players will experience a Bidoof-palooza this coming July 1st, they will be also involved in Bidoof-centric sub events including a Little League where the only rule is that they can only use Bidoof in their Pokemon team.

One of the main events in Bidoof Day is the Bidoof Cup, which according to a post in the game's website, it will be available in the GO Battle League throughout the Bidoof Day itself.

The only rule in this Little League is the players needs to use Bidoof, and only Bidoof, in their Pokemon Team. This means that players will abuse their Charge TMs for their own Bidoofs just to have a variety of attacks.

According to Pokemon GO Hub, Bidoof is a tank for a Normal-type Pokemon with its 119 HP, a much higher HP than the normal HP of several Pokemon, which have roughly 107-109 HP.

But within its tank exterior, this pokemon has fast moves such as Tackle and Take Down that provide a fast yet least number of damage. To solve this problem, players switch its attacks to Charge Moves like the aforementioned Shadow Ball, Thunderbolt, or Ice Beam.

Another suggestion in terms of Charges Moves for Bidoof is the Hyper Fang, which according to Pokemon GO Hub, is the best overall in terms of energy to damage ratio aside from being the second cheapest Charge move, with Crunch taking its top spot.

These two moves, both Normal-types, is really suitable for the Bidoof Cup considering that the players will face each other with their own Bidoofs, making it a Bidoof Mirror Match, unless they want to customize their moveset.

But despite of being tanky, Bidoof, being a Normal-type Pokemon, is vulnerable to Fighting-type Pokemon and Fighting-based Attacks.

What to Expect in Bidoof Day

Aside from the Bidoof Cup, other Bidoof-centric events will be rolling during Bidoof Day. According to the game's website, Bidoof will be the only one who will be appearing in the Raid Battles. Players might also encounter a Shiny Bidoof during said Raid Battles.

Aside from that, Team GO Rocket grunts will have Shadow Bidoofs in their team, giving the players a chance to catch the one.

Other sub-events that players would enjoy including a new free event-exclusive Special Research for special rewards, including an exclusive Bidoof Hat avatar item, and a 40 x Catch XP as an event bonus.