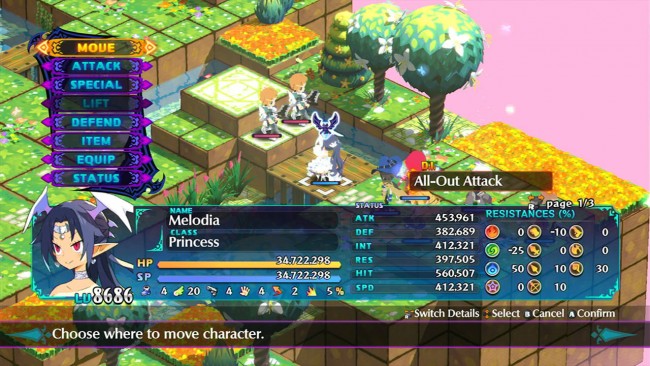 Disgaea 6: Defiance of Destiny retains its old-school Disgaea gameplay, but with new gameing mechanics that players can use for their advantage
(Photo: Photo from the Nintendo Website's special page for Disgaea 6)

After 6 years of waiting, a new Disgaea game will be released as Disgaea 6: Defiance of Destiny is coming to store worldwide. Right before its Worldwide release, the game itself is released in the Japanese market last January 28th.

The sixth installment of the Disgaea franchise, Disgaea 6: Defiance of Destiny will be released this year, six years after the last Disgaea game, Disgaea 5: Alliance of Vengeance, which was released for the PlayStation 4 last March 25th, 2015 in Japan and October 6th, 2015 in North America.

Made by Nippon Ichi Software since 2015 with Disgaea: Hour of Darkness for PlayStation 2, the Disgaea series is a series of role-playing games (RPGs) that centered around completing missions that involves fulfilling any objectives eliminating enemies that is within the isometric grid-based board.

Strategy RPGs are about to get a serious punch in the throat! Well... more like a... hard lovetap in the throat because the #Disgaea6 Demo is available now!

Drop a 👊 if you're as excited as we are for you to try it out!
Download here: (https://t.co/09OGIeE5Uk) pic.twitter.com/yuLAX1IQUY

Both the player and the computer AI will alternate turns, which they can summon members of their respective parties from a starting point. Each of these characters can move in the board and perform actions such as melee attacks, casting spells, and doing special abilities.

READ ALSO: Nintendo Switch Patch 12.0.3 Update: How to Download New Firmware Update and What to Expect

Once they finished initiating the action, a character will end its move. A player may move any number of characters from its party depending on its desires and plans. Once satisfied, they will end their turn.

Bonus items were rewarded along with experience points once a mission was successfully accomplished.

Be a Defiant of Destiny in Disgaea 6

In Disgaea 6, players will take the role of Zed, a zombie that is risen above the rest except for the God of Destruction. According to the special dedicated page for the game in Nintendo's website, Disgaea 6 has lots of feature that could stood above its predecessors. This includes new gameplay mechanics.

One of which is Super Reincarnation, a spell that can conquer a character's death by reincarnating itself into another Netherworld after being defeated by a God of Destruction.

With this ability, according to the game's webpage, they will return to Level 1, however they can able to carry over the skills learned and the stats that it learned, making the character strong, and over-powered or OP, even at Level 1.

Speaking of being over-powered, Disgaea 6 introduced the most maximum level the character would get - Level 99,999.999. With this level, the character can deal with over 10,000,000, 000,000,000 damage against opponents, making the missions quick and the character go OP.

After Super Reincarnation was activated, it will give its players Karma, a "currency" that can be collected and used to improve the character's stats and skills.

Apart from these, a new Auto-repeat System was also introduced along with a new Auto-Battle system and the new Demonic Intelligence, which will allow its player to specify what skills that they will use against which enemies they would face.

Release Date, What do We Expect

Disgaea 6: Defiance of Destiny will be released this June 29th worldwide with two editions, the Unrelenting Edition and the Limited Edition.

The Unrelenting Edition bundle has the game itself, the "Behind the Seams" mini artbook, the "Defiance of Dissonance" Digital Soundtrack download card, and a reversible cover.

The Limited Edition, however, has the game itself, the game's steelbook, the "Defiance of Dissonance" 2-disc soundtrack, the "Behind the Seams" hardcover artbook, the "Roll Call" 28" x 40" cloth poster and a "Stitched Together" Pin Set.

Another set of bonus characters will also be part of the game's release as Hololive Productions, a Japanese talent agency that manages Virtual YouTubers, or VTubers, collaborated with the game to bring five new characters that will be included as free DLCs as well.

Disgaea 6: Defiance of Destiny is available on Nintendo Switch.