Nintendo Switch Patch 12.0.3 Update: How to Download New Firmware Update and What to Expect 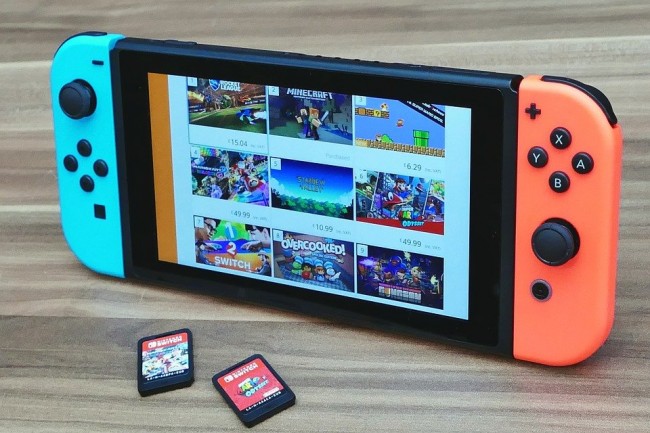 Nintendo Switch will have a minor update incoming as Patch 12.0.3 will uploaded in the said console. While any Switch updates gave major changes including new avatars and newly tuned gameplay, this update however will not.

According to Comicbook.com, Switch users will look forward to the Patch 12.0.3 Update's added stability improvements, which will make the system run smoother and enhance the user's experience.

This update, despite being minor, can be a start of something as Nintendo might announce something bigger in the upcoming Electronic Entertainment Expo (E3) 2021.

Looks to be minor things, I’m going back to sleep

In the patch notes released by NintendoLife.com, the 12.0.3 Update includes updated for package2, which includes updates for its OS kernel, key services, and other built-in system modules.

The patch will also update Nintendo Switch's SSL services, which helps with creating several secure connections to a server.

The last change that will be implemented is the "swear list," a list that Nintendo implemented to ensure the safe environment for its players. This list includes player nicknames, as well as text chats, that has offensive and racial undertones.

The last time this was updated was in September of 2020. According to Polygon, terms regarding slavery and racism were banned to use in the platform. Even the term "acab" (pertaining to the protests last year after the murder of George Floyd and other police-based violence) and "coronavirus" was banned.

These small changes, according to Comicbook.com, will keep the console running its best so players will not encounter any issues.

The Patch 12.0.3 Update is a slight updated version of the Patch 12.0.2, which was released last May 11th and also targets the gaming platform's general system stability.

How to Update your Switch

Despite being a minor update, Patch 12.0.3 can be a small yet significant update for the Nintendo Switch. And like any other updates for the gaming platform, you need to install it.

Support.com has a small guide for you on how to install said updates. First, go to Switch's "System Settings" menu, then select "System." One you're in, select the "System Update."

The Patch Update will automatically proceed inside your Switch. Once it is done, it will reboot.

Nintendo Switch's Patch 12.0.3 Update will might be the beginning of something great for Nintendo as they are preparing for its "Nintendo Direct" panel for the incoming E3 2021.

The company have been on a roll this year as confirmed titles such as Mario Golf: Super, The Legend of Zelda: Skyward Sword HD, and Pokemon Brilliant and Shining Pearl, are slated to be released within the late 2021.

According to Dot ESports, they might announce a new participant for their Super Smash Bros. Ultimate just like the past E3s before. In 2018, their booth focused more on their "Everybody is Here" trailer, signaling the announcement of the return of every Smash characters for Ultimate.

There are rumors and speculations regarding the new Smash participant as names such as Halo series' Master Chief, a new Pokemon from Pokemon Sword and Shield, and Devil May Cry's Dante were the popular choices to be part of the game.

Other announcements that the players are waiting to be revealed in the "Nintendo Direct" are the ones for the sequels of several games, including Legend of Zelda: Breath of the Wild, Bayonetta, and Metroid Prime.

Lastly, players will also wait for a possible reveal of an upgraded version of the Nintendo Switch, which according to a Bloomberg report, will might be released in September or October.

According to the article, its assemblers will not start shipping the new model as early as July while its production will might ramp up to a peak in the 4th quarter of the year despite of the massive shortage of semiconductors and other electronic parts.

TAG Nintendo Switch
© 2020 Game & Guide All rights reserved. Do not reproduce without permission.