'Animal Crossing: New Horizons' Might Have Monopoly Board Game: What's Inside the Box, Release Date, Where to Buy, Price 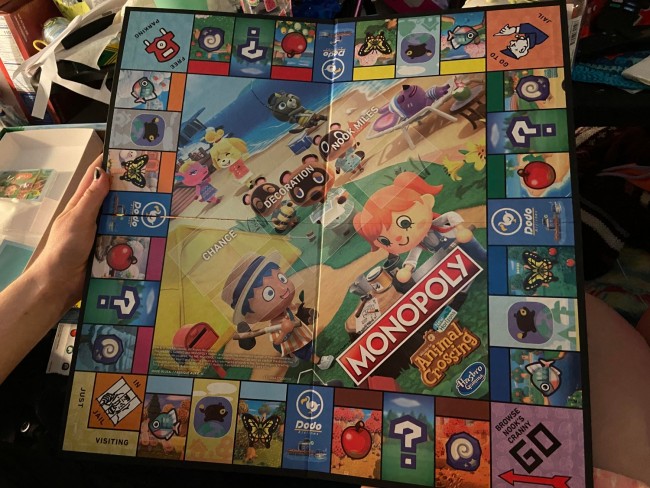 Since its release on the Nintendo Switch last year and gained a massive success with its sales, Animal Crossing: New Horizon has given Nintendo the opportunity to partner with various companies to create merchandise related to the game.

One of these merchandise was a rumored Monopoly game based on the popular life simulation game, possibly transforming it from the one that players usually play on their Nintendo Switch consoles to playing it on the tabletop with the usual game pieces that they see in Monopoly, play money and cards included.

From Switch to Tabletop: the ACNH Monopoly Game

The rumored physical board game version of Animal Crossing: New Horizons first posted in a Reddit subpost. In the said post, photos of the rumored game revealed the game board, game pieces, and even the barcode bearing both the Monopoly trademark and the Animal Crossing title.

In the game board, several elements of Animal Crossing: New Horizon were seen and arranged in an old-fashioned Monopoly way, with the logo of the Dodo Airlines and an image of the Blue Airport's exterior replacing the Railroad parts in the board.

At the center, instead of the usual two card pile arrangement, there were three places for three card piles, which includes the usual Chance card pile, the Nook Miles card pile that might replaced the usual Community Chest card pile, and the Decorations card pile.

The said game board also bears the logos of Monopoly, Animal Crossing: New Horizons, and Hasbro, the makers of the board game. This might signify that Hasbro and Nintendo had signed a deal regarding the making of Monopoly Version of the popular game.

Also included were four character tokens and four character skill cards. According to the back of the board game's box, in order to win, one must earn the most Nook Miles among the four.

According to Comicbook, the said board game was rolled out in stores and were sold despite of the fact that it has no official announcements regarding it.

My Nintendo News stated in their article that despite of the fact that both Hasbro and Nintendo did not announce the rumored Monopoly-Animal Crossing cross-over, it is not out of the ordinary for the board game manufacturers to quietly release new products.

As mentioned earlier, both Nintendo and Hasbro have not released an official announcement regarding the Animal Crossing: New Horizons Monopoly board game, including its official roll-out date. However, a Twitter post indicates that the board game itself has been sold in Walmart stores as of this writing.

As for the price, according to Dual Shockers, the board game was sold in the United Kingdom for £28.34 according to a listing by Zatu Games UK.