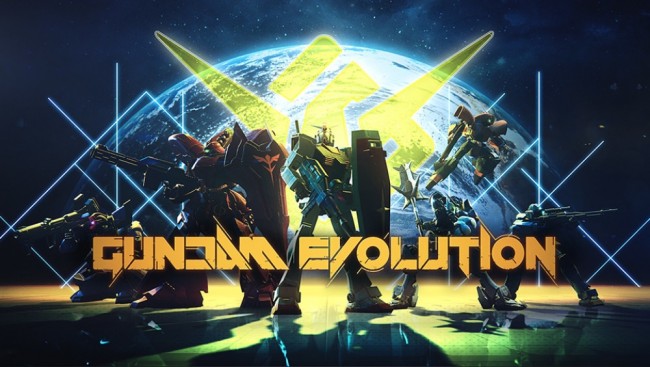 The Mobile Suit Gundam anime franchise have experienced being a part of a video game in the form of the Super Robot Wars series, or having one of its own.

From their successful SD Gundam G Generation series, they are venturing towards one that involves multiplayer player-versus-player game mode such as their Gundam Vs. series starting with Mobile Suit Gundam: Federation vs. Zeon, which first released in arcades within Japan, then later in consoles.

From there, several video games followed up to the point that it was not just centric to only one series, but included those from other Gundam series, such as the Mobile Suit Gundam: Gundam vs. Gundam, and its successors.

Gundam Evolution announced, a 6v6 free-to-play FPS coming in 2022 for PC only so far

(Only announced in Japan so far) pic.twitter.com/wEPS9gQ57R

As time went on, Gundam video games progressed with the focus of online multiplayer game play such as Gundam Breaker series, however it did not reach the massive multiplayer online capability.

That is until recently when Bandai Namco announces their new addition to the franchise's longer line of video games entitled "Gundam Evolution."

What is Inside Gundam Evolution

Gundam Evolution, according to Hypebeast, is an online multiplayer first person shooting game (FPS) that will focus around the Mobile Suits from different Gundam series facing off in a six on six online battles.

From the looks of its teaser trailer, according to Clutch Points, the video game will offer a promising incredibly fast-paced action, with gameplay that is quite similar to that of Overwatch.

According to their website, there are twelve Mobile Suits that were initially part of the game's roster, all of which came from different Mobile Suit Gundam anime series.

Base on the gameplay in the trailer, each of these Mobile Suits have their unique gamestyles, ranging from tanking enemies with melee attacks to medium-range firing to long-range support.

The said announcement was made after reports, including one from Game Rant, telling that Bandai Namco wanted to tap in the Esports market, which had a growing potential in Gundam Versus, including an appearance in the Evolution Championship Series or EVO.

The game will also featuring game modes like Point Capture, Domination, and Destruction.

Gundam Evolution will be first released in Japan as a Free-to-Play video game, and according to DBLTap, it will be released sometime in 2022 for Windows PC. As of this writing, there are no announcements regarding its release outside of Japan.

As of this writing, the game opened its Closed Beta Play applications, which will last until August 2nd. Applicants who are living in Japan and has a "Bandai Namco ID," as well as having a Windows PC and has a decent internet connection, are eligible for the said Closed Beta Play.