Fortnite Patch 17.20 Update Guide: When Will the Servers be Down, What Additional Content Players Would Get 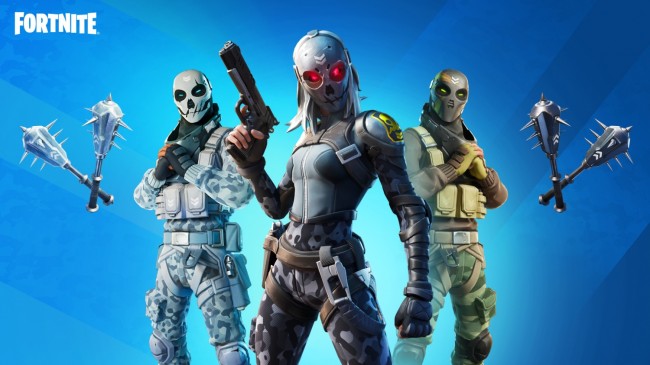 Fortnite will receive its Patch 17.20 Update a month after its previous 17.10 Update, which brough in the alien invaders in the game.

Along with the update, the game will also offline for a server maintenance while implementing the patch update, which would bring new content in Fortnite, including a new game mode as well as additional settings.

One of the new additions from the said patch update is a new Arena game mode entitled "Bugha's Late Game." According to the notes posted in the game's website by Epic Games, this was part of the festivities for the coming of Kyle "Bugha" Giersdorf, the first ever Fortnite World Cup champion, in the game as a skin.

See his Outfit and learn all about his competitive focused Arena & Tournament where you can prove yourself for cash prizes.

According to the notes, the said Arena game mode will take its players in that atmosphere that is almost similar to competitive Fortnite.

In Bugha's Late Game, players and their Trio teammates will drop on the Island while the Storm is already closing in. The starting loadouts, which were grouped from nine starting inventories, all of which were curated by Bugha himself, will be assigned to each Trio randomly.

Each player will receive Hype points, which is exclusive to this game mode. They must earn at least 1500 Hype points in order to enter the "Bugha's Late Game Tournament," which will be happening on July 28th.

Players who will entering the tournament will compete against others in their region for the $100,000 price.

Another addition thanks to Fortnite's Patch 17.20 is the Preferred Item Slots. According to GameRevolution.com, players may able to create a preset that will automatically put certain items in certain slots in their inventory.

In-game, the default active configuration for the Item Slots 1 to 5 are as follows - 1-Assault Rifle, 2-Shotgun, 3 and 4-Unassigned, and 5-Consumable.

According to the blog post, players can now retool the configuration to fit their play style. In order to do so, they need to hit the "Configure" button, then toggle the slot to their preferred weapon type. These slots can also replace weapons with those who has higher rarity even if they are full.

The Preferred Item Slots will only be active when a player has at least one empty inventory slot, while the "Auto-Sort" setting for consumables will continue to function as normal.

Aside from a new game mode and a major gameplay change, other changes that will be implemented, according to Express, includes several fixes to general issues within the game.

The said patch fixed an issue regarding ziplines being temporarily disabled, as well as vendor rifts. It also fixed the bug where epic chests did not provide any weapons in the Arena, as well as a bug that could make the button for the Arena Division/tournament details became unresponsive.

Other fixes included one by which items were automatically equipped after picking up, an issue regarding the lighting that appears darker than normal while in replay mode, an issue that causes incorrect crosshair to appear while using a rail gun in Creative mode, and an issue regarding infinite loading screen when flying out of the island.

Fortnite's Patch 17.20 Update, including its fixes and new content, will be implemented during a System Maintenance. According to a Tweet made in the Fortnite Status Twitter Page, players will not able to access the game on July 20th at 2:30 AM ET (6:30 AM UTC).

The Arena playlists will also disabled be in July 19th at 10:00 PM ET (July 20th at 2:00 AM UTC). The game's admins will plan to have them available again after the said downtime has ended, but there might be a delay.

Also, during the update implementation, career statistics may stop updating shortly before the system maintenance, but they will be accurate once it ends.