Louis Vuitton ‘Horizon’ UFO Saucer-like Light Up Speaker: Where to Buy, Price, Release Date and Everything to Know 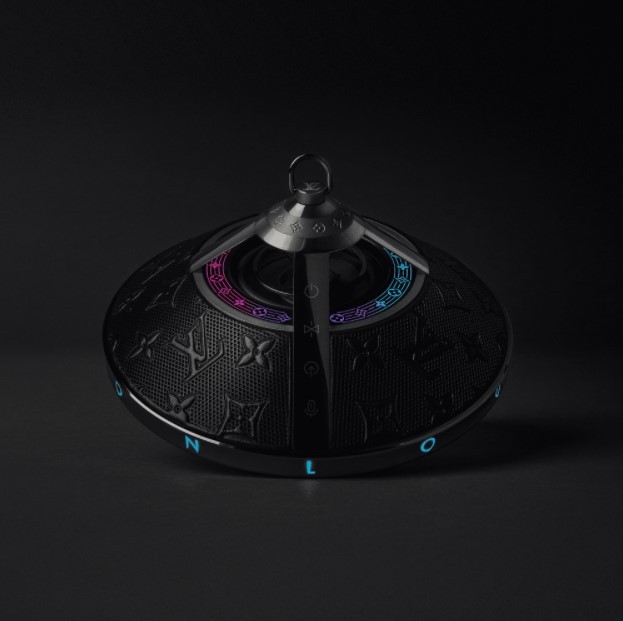 The Louis Vuitton Horizon Light Up Speaker boasts a great electronics inside a shell of leather, stainless steel, and glass. Along with it is a LED set that can generate a hypnotic rainbow light show.
(Photo: Photo from the Louis Vuitton's Website)

Louis Vuitton usually ventures in the world of fashion, especially for their lineup of handbags, sneakers, and eyeglasses. But it is unusual that the said company is venturing in the world of electronics.

This is what they did when they have done something like handbags that has flexible screens to a pricey tracker for their designer luggage to their recent $1,000 earbuds. Now, they will launch their latest addition to their electronic items in the form of their Horizon Light Up Speaker.

Lighting it Up the Louis Vuitton Way

The Louis Vuitton Horizon Light Up Wireless Speaker is the latest stab at audio by the fashion company, according to EndGadget.com. Inspired by its Toupie bags, the Horizon speaker sports a conical design that looks like a spinning top.

Music, design, and elegance combine. An example of the Maison’s unconventional approach to creating beauty in an everyday object, the #LouisVuitton Horizon Light Up Speaker showcases the Maison’s heritage and artisanal craftsmanship.

The said speaker's three-inch subwoofer has a top ring light with 23 LEDs in it, which light up to show the brand's flower insignia in a rainbow color show thanks to its electronics inside, including a mid-range Qualcomm QCS 404 chipset, that was bounded by noble leather, glass, and stainless steel.

The said top ring light can change along with the music playing, making it hypnotic, especially those places that has low lighting. Not only that, the steel and glass rim has a cut-out "Louis Vuitton" spelled out around it that will also glow in a band. In total, it has 35 LEDs installed within the speaker.

The speaker also has a charging/display dock that can allow a 360-degrees of directional sound, and has a leather strap that can be attached to the top in case it will be used outside. It can also pair with Bluetooth 5.1, Wi-fi, Apple AirPlay 2, and other audio and video-playing medium.

Aside from these, according to The Verge, the speaker also has two .75-inch tweeters and three microphones for voice calls. It can also playback off a charge up to fifteen hours, as well as it could charge using a Type C USB port.

According to Hypebeast, this piece of technology from Louis Vuitton is both utilitarian and a piece of art, combining the powerful electronic elements with an exterior that is uniquely chic, something the brand would always create.

Release Date, Price, Where to Buy

Louis Vuitton's Horizon Speaker, according to The Verge, would cost $2,980, a price that is much more expensive that other wireless speakers that are in the market, such as the $700 Sony SRS-RA5000, the $179.95 JBL Link Portable, or the $99 Apple HomePod mini.

However, according to What Hi-Fi, it can be up par with the United Kingdom-built Linn Series 3, despite the fact that the speaker will have a stiff competition in the market.

According to Hypebeast, the said wireless speaker is expected to launch worldwide on July 30th, and it can be ordered only through Louis Vuitton's online store.