'Olympic Games Tokyo 2020,' 2 Others are Free to Play for a Limited Time Only: How to Get Your Copy 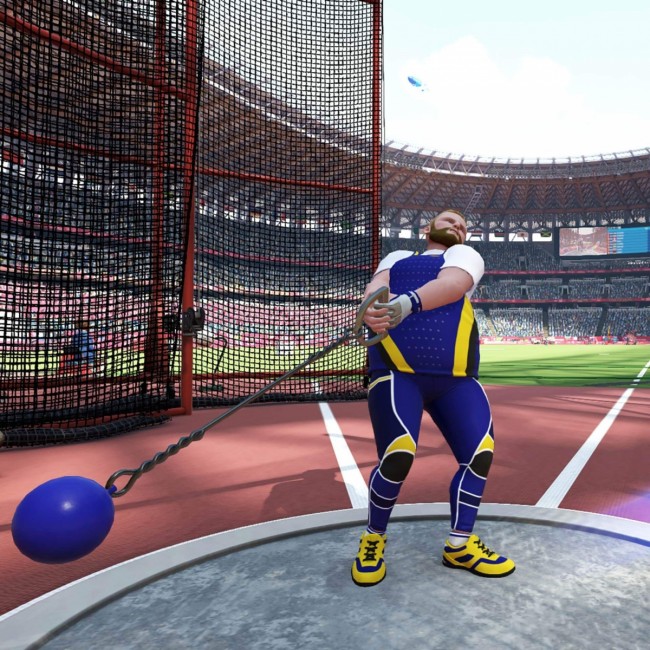 Celebrate the opening of the 2021 Olympic Games in the comfort of your own home as Xbox releases Olympic Games Tokyo 2020 - The Official Video Game for free for their Xbox Gold Subscribers.

Along with the official video game for the Summer Olympics, two more games are up for grabs for free - Battlefield 1 and Cobra Kai: The Karate Kid Saga.

Initially released in July 2019 in Japan for Nintendo Switch and PlayStation 4 by Sega, Olympic Games Tokyo 2020 - The Official Video Game was later delayed its release outside of Japan after the 2020 Tokyo Summer Olympics was postponed due to the Covid-19 pandemic.

Olympic Games Tokyo 2020 – The Official Video Game is available for Xbox One and Xbox Series X|S, plus if you have Xbox Live Gold or Xbox Game Pass Ultimate, you can try it with this weekend's Free Play Days event https://t.co/CvHNHHSW6z https://t.co/tMZsVyIzmf

It was until June of this year Sega decided to release the sporting game outside of Japan for Windows PC, Stadia, and Xbox One.

READ ALSO: Crash Bandicoot Crashiversary Bundle Guide: How to Get it for Xbox, PlayStation, Nintendo Switch

It features 18 sporting games all packaged in to a fun-fueled arcade style games. According to the video game's official site, they can be enjoyed either by one player or with their family and friends through Multiplayer modes.

These games are ranging from Track & Field events, including 100 Meter Dash, 110 Meter Hurdles, Long Jump, and Hammer Throw, to Aquatics, such as 100 Meter Freestyle and 200 Meter Individual Medley, to other Team and Individual sports, such as Basketball, Boxing, Judo, Tennis, and Beach Volleyball.

According to Twinfinite, players can also create their own athlete with its avatar creation system. With this, they can see Sonic the Hedgehog running in the Track & Field Events or a businessman swimming in Olympic waters or an astronaut shooting hoops in basketball.

They can also pick fictional and licensed athletes from 80 national teams that are in the game, where they can face either in any game mode, or if they are facing against the licensed ones, in training mode.

They can also play with their family and friends with its Multiplayer Mode, where it can accommodate up to eight players, or through couch co-op. They can also test their skills among with other players around the world through Ranked Mode.

In their review for the game, Polygon said that there is character progression, which every time they earn a point, whether if they win or lost, will guarantee them to unlock not only the outfits but also one of the nine skill loadouts.

As for the real Tokyo Summer Olympics 2020, it was officially opened yesterday after a year of being postponed due to the pandemic. The parade of athletes, however, had a unique twist as the songs from Video Game Titles were played during the said part of the Opening Ceremonies.

How to Get Your Free Copy

Players can get their copy of Olympic Games Tokyo 2020 - The Official Video Game, as well as Battlefield 1 and Cobra Kai: The Karate Kid Saga, for free and play it for a limited time only until Sunday, July 25th, ay 11:59 PM PDT.

According to Express, those who subscribed to Xbox Live Gold and Xbox Game Pass Ultimate are the ones who are eligible to grab those free copies.

Game states and scores that were saved during the duration of the offer are saved and can be turned over to their respective games once they are purchased. Olympic Games Tokyo 2020 - The Official Video Game is still on sale for the Xbox One and Xbox Series X|S for $39.99.