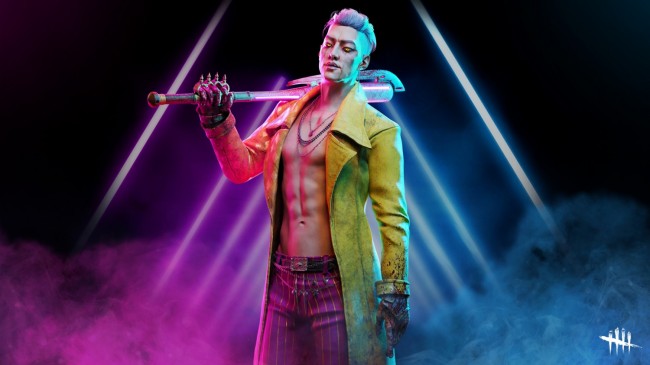 Dead by Daylight has received its new Patch 5.1.0 Update, which will provide them several changes within several parts of the said survival horror game.

The Patch 5.1.0 will have tweaks for one of the Killers of Dead by Daylight. The said patch will buff Ji-Woon Hak, The Trickster, who is introduced in the recent CHAPTER XIX: All-Kill Chapter downloadable content (DLC) last March, and will focus majorly on him and his gameplay.

According to the patch notes, which was posted in the game's forum page, the number of knives required in order to damage a Survivor has been reduced from 8 to 6, while the laceration decay will be faster to 10 seconds from 20 seconds.

The 5.1.0 update starts rolling out today.

The laceration's rate of decay will be increased from .235/s to .3/s while running, and from .175/s to .4/s all other times. Also, the amount of laceration lost for hitting a Survivor with a basic attack is reduced from 4 to 3. With these changes, The Trickster will be able to down Survivors much faster.

READ ALSO: Dead by Deadlight-Resident Evil Crossover Guide: How to Play as Jill, Leon, and Nemesis

According to Stevivor, Behavior Interactive, the developers of Dead by Deadlight, said that the buff for him was needed because he tends to fall on the lower end of the roster, even among the top few percent of those who played him in the game.

Another changes during the patch is the Main Event, The Trickster's Special Attack. In the same patch notes, the said attack will have its activation time be shortened to .5 seconds, the number of knives required to activate has been increased to 30, and the duration for it is increased to 30 seconds.

The patch also gave several tweaks for his add-on to his Showstopper "Powers." According to The Nerd Stash, his Melodious Murder will instead moderately reduces Reload time at lockers and his Fizz-Spin Soda will moderately increases initial Throw rate of Blades while reduced its effect from +3 stacks to + 2 Stacks.

The patch also tweaked the Iridescent Photocard's effect, where a Survivor will be inflicted with the "Exposed" status effect if its Leceration Meter is two or less Blade hits away from the maximum, while his Death Throes Compilation will replenish The Trickster's knives when Main Event ends.

Several changes that will be implanted during the Patch 5.1.0 involves the game's Perks to suit well with the changes for The Trickster.

According to DBLTap, the said patch update will tweak the No Way Out Perk, which it will gain a token after a Survivor was hooked for the first time. The said Perk will activate once the exit gates have been powered.

When a Survivor interacts with an exit gate switch, the Killer will receive a loud noise notification. The Entity then blocks both the exit switches for 12 seconds, plus an additional 6/9/12 seconds for each token accumulated when No Way Out activates.

Other changes made for the game's Perks include changes in modifiers for sound effects, which will make it multiplicative rather than additive. This means that sounds that are reduced to 0% will be no longer increased by Perks and will instead remain at 0.

Aside from that, certain issues with Prove Thyself, Autodidact, and For the People, which could affect performance in-game, are fixed.

TAG Dead By Daylight
© 2020 Game & Guide All rights reserved. Do not reproduce without permission.