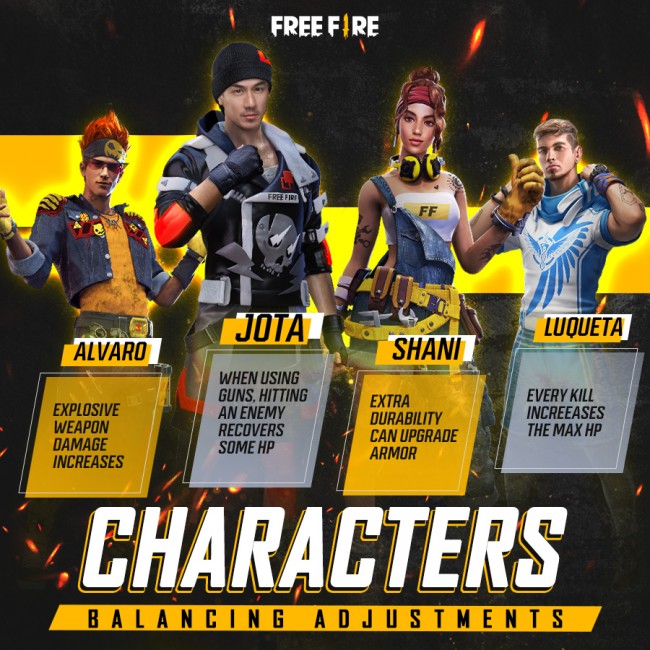 Garena's Free Fire will be having its 4th year anniversary this month, and the action-adventure battle royale smartphone game is receiving its OB29 Update in celebration the said anniversary.

The said Update will bring new content for its players, which includes new items, weapons, character adjustments, and a new game mode.

Because of this, Garena, the publisher of the game, announced a scheduled service maintenance in order to implement the update. Servers of the game were down from 9:30 AM IST to 5:45 PM IST.

The celebrations are about to begin! 🎂🥳

Our birthday party will officially enter into the preparation stage starting with tomorrow's patch. Are you ready to party it up for Free Fire's fourth Anniversary? pic.twitter.com/LMW4wrl5pH

One of the newly added content coming from Free Fire's OB29 Update is a new game mode called Lone Wolf. According to Zee Business, the Lone Wolf will pit two players in best of nine one-on-one battle inside the new map, the Iron Cage.

In the Lone Wolf, there will be no limitations regarding what weapons the players would have in their loadout. They key here is they need to be swift in this Free Fire version of "hide-and-seek."

Players can stab each other with knives, initiate a fist fight, snipe themselves, or have an SMG fight. The choice is for them to decide which is efficient in grabbing those nine points to win.

Aside from the new game mode, a new weapon will be added in the game's roster in the form of the AC80, a sniper rifle. According to a leak that was posted in Instagram by a Free Fire leaker, the said sniper rifle can easily take down enemies that are wearing heavy armor.

Another new weapon that will be added is the decoy grenade, which it could able to generate noise to distract an enemy while the area where the grenade is deployed will be revealed on the mini map.

Along with the new weapons, according to Sportskeeda, players may also upgrade their M4A1 assault rifle into its X, Y, or Z variants. In order to do the said upgrade, they must have the M4 chip that they get through the vending machine.

A Request option will also be introduced in Free Fire's Clash Squad mode, which allows players to ask for a specific item, whether a weapon or armor, from teammates. With this feature, players can obtain these items directly from allies, especially when they don't have the resources to buy one for their own.

Aside from these additions, several aspects of the game will be subjected for balance changes. The M1887 shotgun will be nerfed down, while the XM8 rifle and the Uzi sub-machine gun will be buffed up.

Aside from that, one of the game's characters, Jota, will have his abilities balanced during the OB29 update. Once the balance changes hits, players who are using Jota will regain health when they hit their opponents, while a specified proportion of their overall health will be restored once an opponent is knocked out.

How to Redeem Codes

In order for players to redeem these codes, they need to go to the Fire Fire redeem code redemption website, where they will log in using either their Facebook, Twitter, Google, or Apple ID.

Once they are logged in, they need to input the redeem code that they wanted to redeem, then click the confirm button to continue. They should check their in-game inbox to know that receive the item, which will show up 24 hours after entering said code.