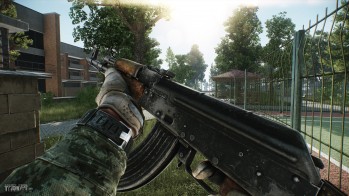 The said Patch 12.11.2 Update for Escape from Tarkov will be focusing on improving the karma experience that player Scavs are earning while playing the shooting game.

Tomorrow, at 10:00 Moscow time, we plan to start installing patch 0.12.11.2. The installation will take approximately 4 hours, but may be extended if necessary. The game will be unavailable during this time #EscapefromTarkov

According to NME, these player Scavs can now earn reputation with Fence every time they successfully extract from raids. This means that players will have much easier time in improving their standing with the Fence.

Along with this update, an additional reward for earning maximum reputation with the fence will be implemented, along with a 30% discount on all of the items that were bought from Fence on maximum loyalty level.

Also in the patch notes, which is posted in the game's Reddit page, the PMC-Scav cooperation extracts will now be permanent and will be available on all locations in the game, while player Scavs can now be able to use the sorting table when they move their gear into the stash.

Other changes were brought in to the game by the Patch 12.11.2, according to Techraptor, is the addition of new high-level quests, as well as a "Very Low" graphics preset, which is a great help for those PCs that has a problem regarding the framerate in the game.

The patch update will also adjust Tagilla's melee sounds, add the ability to change PMC voices in the Sound settings tab, add the ability for level 20 and below players to use the Flea Market to search and buy items from Traders, and sort the dogtags by their levels, as well as various AI fixes.

Aside from these changes and additions in the game, Escape from Tarkov's Patch 12.11.2 Update will also provide fixes in the game.

According to Dual Shockers, the said patch update fixes the loot spawn in the lockers on the Interchange, as well as a bug that makes the healing menu after a raid was missing and a bug that will cause a blank screen when examining modules on the weapon preset screen.

The same patch update also fixed a camera shake that usually happens when a player is crawling up on an inclined surface, as well as a bug that makes players can't turn while on prone on elevated surface.

Other bug fixes include raindrops will be displayed on all hand models correctly, ammo box names can now correctly display their contents, players can no longer slide off ledges while on prone, and more.