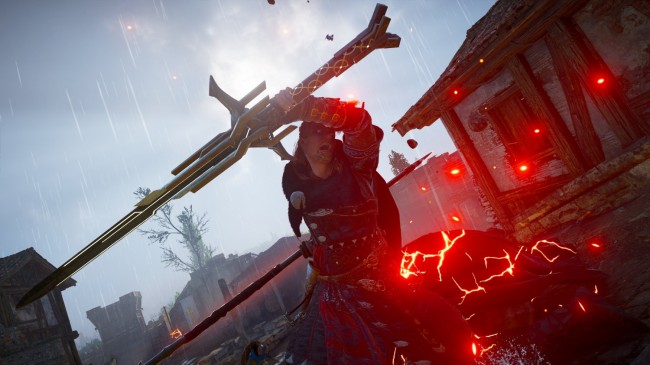 It is time to pick up the axe and shield to behead the Franks as Assassin's Creed Valhalla receives it major expansion set, The Siege of Paris. The said expansion set, according to Neowin, will bring Eivor to the northern Francia, where he must face the Frankish forces lead by Charles the Fat.

In the new setting of this expansion set, Eivor will explore northern Francia's three provinces, each with stories, secrets, and intrigue that players will have plenty of time to uncover and unravel as they progress through the game.

Speaking of progression in the game, the Norse Viking must form alliances with rebel Franks to help his clan, infiltrate the walls of besieged Paris, and help the resistance in their fight against the Carolingian Empire.

Players will also unlock new abilities such as the Golden Flame, which allows Eivor to plant a bomb on his enemies before pushing them away, the Goule Breath, which gives any bystander an illness that will make him or her run away, and Plague of Rats, which, from the name itself, summons a plague of enemy-eating rats.

In order for players to understand the Franks' rebellion against their corrupted king, they must let themselves take the Rebel Missions. These missions, according to vg247.com, will be led by Eivor himself as he will try to weaken the Carolingian forces while winning several rewards along the way.

These missions are either solo missions where Eivor can embark for himself, or group mission where he will be accompanied by an AI-controlled team of either melee or ranged allies.

These missions, once completed, can award them Infamy, which is the measure of success for their resistance against Charles the Fat. Their Infamy will grow in the game as they disrupt the establishment more and more.

As the level of their Infamy increases, so as the difficulty of leveling it up, including how many Rebel Missions they need to take in order to level up their Infamy. The higher the Infamy, the more training upgrades they will unlock for their AI companions.

Apart from Infamy, the Rebel Missions can unlock rewards that is been sold in Pierre's shop. When they complete these missions, they can get an amount of money that is based on the missions' difficulty and their performance. They can use this in either upgrading their companions or buy runes.

Another thing that can be bought in Pierre's store using the money earned through Rebel Missions is the Reaper Armor Set. The pieces of the armor set, according to SegmentNext, can be unlocked base on what level of Infamy players got.

After getting the Infamy Level 4, players must speak to Pierre once again. In options, they will select "I need upgrades." At this point, the Reaper Armor set is unlocked and they need to find the scythe that accompanies it.

In order to obtain it, they must go towards Pontem, which is located on the western side of Amienois. From these, they will need to use Odin's Sight to locate Geriht, a non-playable character (NPC) who is holding a key.

The said key can unlock nearby structures, which is helpful in their quest of the scythe, which it is hidden within those structures. Once they got the scythe, they will equip it along with the Reaper Armor Set and slay their opponents using the said scythe. This action will gain them the Vendange Trophy.