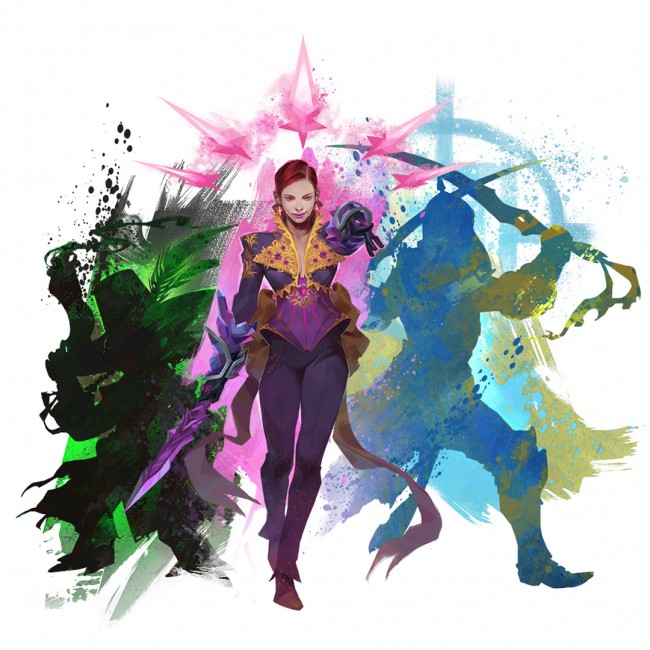 Days after its reveal, Guild Wars 2: End of Dragons will open its doors to its players as it will initiate its first beta test. This is despite of the fact that the said expansion pack will be planned to release early next year. Along with the said beta test are the reveal of the first three Elite Specializations for them test.

According to AltChar, players who will be part of the said beta test will receive said Elite Specializations even if they do not have free character slots, and allow them to create their own characters on max levels using said specializations.

The first three Elite Specializations will be given to the game's Guardian, Necromancer, and Mesmer classes. According to PC Invasion, Guardian will receive its Willbender Elite Spec, which will gain access to its new weapon - the offhand sword.

If you guessed "guardian" when you saw the preview of this #GuildWars2: #EndofDragons elite specialization last week, you were right! Try the #GW2EOD willbender during the beta event next week: https://t.co/6YeL3qOLx8 pic.twitter.com/FOgIHqnnBx

The said weapon is the first true offensive one to be equipped off-hand for the Guardian, suggesting that the said Elite spec will focus on dealing heavy damage to its enemies. Another trait seen in the Willbender is its mobility, which ArenaNet decided to give considering that Guardians are not nimble in-game.

The Necromancer's Elite Spec is the Harbringer. According to NME, the said Elite Spec wields a pistol can be a quick as an Old West gunslinger. It also borrows the skills of the Engineer in terms of creating elixirs that can be used to support its allies.

This creates a fast-paced yet frenetic gamplay that can reward skill and risk, while subverting the traditional yet more methodically-paced one of the Necromancer.

Finally, Mesmers' Elite Spec is the Virtuoso. According to AltChar, they wield psionic daggers that can be thrown at their enemies in order to dish out amounts of damage or debuffs. This steps a bit away from Mesmer's gameplay that is focused on tricks and creating illusions.

The said Elite Spec has fused telekenisis and the Canthan blade martial artistry in forming a new fast and active gameplay, making it more focused on all-out offense rather than stealthing away from the enemies.

When does the Beta Test Start

According to MMORPG.com, the first Beta Test for Guild Wars 2: End of Dragons will be held on August 17th and it will run until August 21st. The beta test itself is available to anyone, including those who are owning a free-to-play account.

According to Dot Esports, ArenaNet will also initiate two more Beta Tests for the game. The second one will start from September 21st to September 25th, while the third and final one will be held on October 26th to October 30th.

Players would expect that the other Elite Specs for other job classes in Guild Wars 2: End of Dragons will be revealed in these Beta Tests as each of them will include three of them, making their players test each one of them and provide feedback for changes and adjustments.