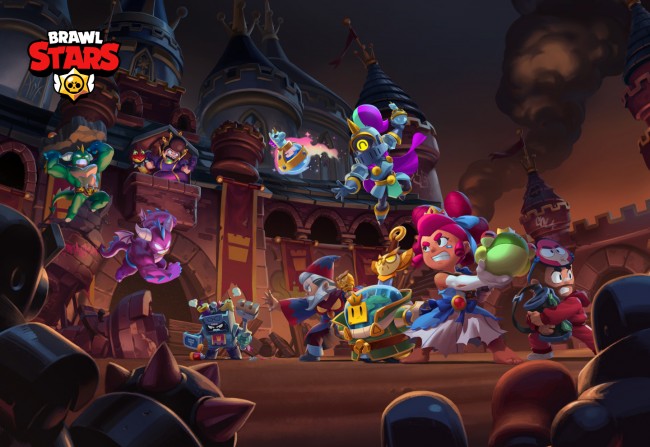 In preparation for its incoming "Once Upon a Brawl" Season, Brawl Stars will receive its new patch update, bringing in new additions in the multiplayer online battle arena game.

The said patch update will debut a new Chromatic Brawler, as well as new Character skins and cosmetics, while it provided tweaks and changes to several elements in the gameplay, including balance changes for its Brawlers.

According to Dot Esports, Supercell, the developers of the online game, noted in the patch notes that several criteria were taken in consideration for deciding said balance changes, including ban, pick, win, and first pick rates, as well as the state of its competitive scene and suggestions from content creators.

The new Patch Update for Brawl Stars brings in a new Chromatic Brawler, Ash. The said Tank Brawler was described by the developers in the patch notes on their Reddit page as "a grumpy cleaner at the Castle Courtyard" and can protect himself using a trash bin as its armor.

Ash can fight midrange with the help of its broom, which can create a shockwave that will hit enemies within its straight line. Its Super Ability, Little Helpers, can summon robotic R.A.T.S. to help him deal damage to any nearest enemies. These robotic "rats" will explode once they made contact.

The robotic cleaner also has a Rage Bar thanks to its Rage passive. The said Rage Bar will be charged if Ash hits a Brawler or it receives damage. The Higher its Rage has, the faster and stronger it gets. Much of its abilities will be focusing on this mechanic.

Its Chill Pill Gadget will make use of its accumulated Rage to heal himself based on how much it accumulated. Its first Star Power, First Bash, will increase the Rage it gains by 100% if it is attacking with full ammo, while its second one, Mad as Heck, can boost up its reload speed up to 30% while it is in Rage.

Brawl Stars' Patch Updates will also bring in new Brawler Skin that are up to grabs, most of them will be sold at the in-game store, which prices range from 49 Gems to 299 Gems. According to Dual Shockers, the Princess Shelly and the Ninja Ash Skins will be available at the Brawl Pass, in Tiers 1 and 70 respectfully.

The Wizard Byron Power League Skin will be unlockable once a player has 30 Power League wins, as well as having 25,000 Star Points.

The patch update also reworked the visual effects for Frank's Default and DJ Skin, as well as Piper's Calavera Skin.

As mentioned earlier, the patch update for Brawl Stars will be implemented in preparation for the game's "Once Upon a Brawl" season. In celebration of the said incoming season release, the game itself will change its loading screen, as well as its main menu background and music.

Meanwhile, a Normal Solo Showdown+ will be added, which Brawlers will receive an additional Trophy for each opponent it defeated, while being defeated can lose a Trophy.

Several maps such as Hot Zone maps, Bounty maps, Heist maps, Gem Grab maps, Siege maps, and among other will have changes, except for Knockout maps, which will receive no changes.

Other changes include increasing the safe health for Heist by 25%, additional trophy thresholds for club players, and changing a Tank's Super Charge trait that would base on a Brawler's max Health.

TAG Brawl Stars
© 2020 Game & Guide All rights reserved. Do not reproduce without permission.