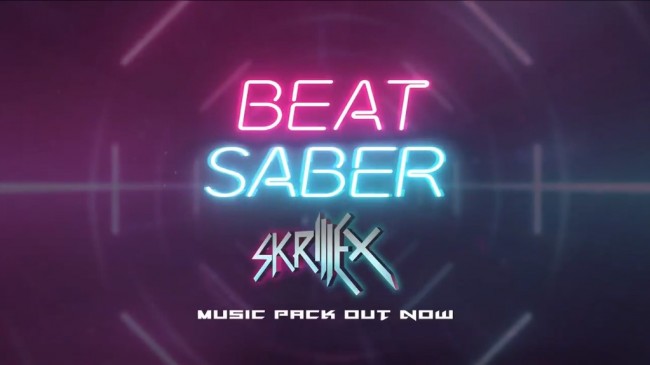 It is time to drop the beat as Skrillex, and his tracks, will slash its way to Beat Saber with the Skrillex Music Pack downloadable content (DLC) pack. The said music producer will be joining in the likes of Green Day, Linkin Park, and Panic! At The Disco, who also has official music packs for the virtual reality (VR) rhythm game.

According to VR Focus, this was announced by Beat Games, the developer of the game, after they teased its release several times on social media.

Drop, and Slash, the Beat

The Skrillex Music Pack DLC Pack for Beat Saber, according to Road to VR, contains eight from the long list tracks made by Skrillex. This includes his 2010 track "Scary Monsters and Nice Sprites" from his EP of the same name, his 2011 creation "Bangarang," and his newly released track "Don't Go" featuring Justin Bieber and Don Toliver.

Other songs included and in the said DLC Pack are "First of the Year (Equinox)" from his More Monsters and Sprites EP, "The Devil's Den" from his Bangarang EP, "Ragga Bomb" from his Recess EP, "Rock 'n' Roll (Will You Take to the Mountain)" from his Scary Monsters and Nice Sprites EP, and "Butterflies."

Skrillex is not the only artist that whose songs were included in Beat Saber's playlist. As mentioned earlier, bands like Imagine Dragons, Green Day, Linkin Park, Limp Bizkit, Maroon 5, and Panic! At The Disco gave several of their songs to the said rhythm game.

Aside from the bands, Korean Pop Group BTS join in Beat Saber, along with Pussycat Dolls, Kendrick Lamar, LMFAO, Gwen Stefani, OneRepublic, and Timbaland. The game even has the official soundtrack of the multiplayer online ball game, Rocket League.

They recently release another DLC pack, which is the Interscope Mixtape, which contains songs that were released under Interscope Records.

The Skrillex Music Pack for Beat Saber, including all of the eight songs inside of the said pack, according to Upload, will cost $10.99 and it is available for download in Oculus Quest, Oculus Rift, PlayStation VR, and SteamVR Headsets. Players can also buy the tracks in the pack individually for $1.99.

In order to download said pack in their Oculus VR headsets, players need to press the Oculus icon first on the right Touch container to access the universal menu. After that, they will select Store, and then select the DLC that they want to download.

For those who have an Oculus app on their smartphones, they can purchase the said DLC through it by tapping it and going to the Store, which is seen on the bottom menu.

In other news, Beat Saber did not release any updates if the said game can provide multiplayer support for its players who are using the PlayStation VR. This is right after the game announced the same support given for the Oculus Quest and SteamVR for PCs following an update last 2020.