Star Wars: The Old Republic, is it worth playing? 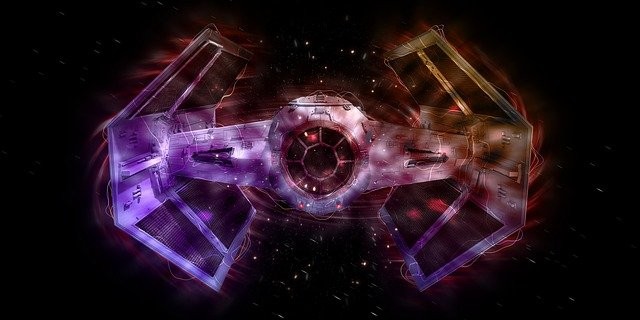 Star Wars is one the most popular franchises in the world, and it has been since Star Wars IV: A New Hope hit movie theaters. Since then countless spin-off projects have been developed, from game shows to animated series, books, comics, live-action franchises, amusement parks, card games, and naturally video games. The Star Wars universe has some of the most die-hard, lore-obsessed fandoms of all pop culture. Yes, Disney made a great job of reviving the franchise for the new generation, especially the Skywalker saga. But a quick trip to any Star Wars forum will quickly showcase how carefully crafted, detailed, and vast the universe and its characters really are where you can play the game and slowly unlock all the content using your SWTOR Credits.

The recent influx of new fans has generated multiple new projects for the franchise, and obviously, the gaming industry is one of the main focuses of creative companies. But all the way back in 2011, BioWare developed, alongside Electronic Arts, and LucasFilm the most comprehensive and detailed Star Wars universe adaptation gaming has seen. The in-depth lore and world-building have been enough to please story-driven players, and Star Wars aficionados alike. All of that is perfectly rounded-off with great gameplay, and combat systems that will surely please any MMORPG fan.

Released in 2011, the game has continuously evolved and is speculated to be one of the most expensive games ever made, behind only Star Citizen, Cyberpunk 2077, Call of Duty: Modern Warfare 2, GTA 5, and Final Fantasy VII. Star Wars: The Old Republic is a massive project and upon release was deemed the "Fastest Growing MMO Ever", and the "Largest Entertainment Voice Over Project Ever". Ten years since its launch the player base has declined, but with over one million monthly players the title is still extremely profitable since EA stated that at 500,000 subscribers the game would still be profitable.

Star Wars: The Old Republic was originally exclusively a subscription-based title, but ultimately it swapped over to the now extremely popular freemium model. This means that you can join their world at any time, but for the complete experience you will have to spend money. The free-to-play includes leveling up to level 60, the original class, the planetary storyline, and the Rise of the Hutt Cartel, and Shadow of Revan expansions. The restrictions are mainly about the maximum credits, active characters, and expansion content, which in all honesty are a worthy addition to the experience.

A Story Not So Far, Far Away

Technically Star Wars: The Old Republic is not canon, but it is a treat for Star Wars fans nonetheless. It is chronologically one of the first stories told inside George Lucas' universe, it takes place 3600 years before the movies, and it tells the story of a cold-war-like environment between the Sith Empire, the Galactic Republic, and the Jedi. In general quests and combats revolve around each faction trying to retain control over strategically important planets. The story-driven game also focuses on the Sith's plan to destroy the Republic and Jedi, the political struggles and impact of this cold war across the galaxy, and fully-fledged storylines surrounding each class available in the game.

The stories told here fall right within BioWare's specialties since specific player choices will affect story and dialogue options permanently. This is expanded even further by a morality system available to anyone inside the light and dark side spectrum of the force. With a very large dialogue database, and freedom of choice to create your adventure, Star Wars: The Old Republic does a superb job in allowing players to have their motivations contrast their factions' motivation. This means you will find that the Republic versus the Empire isn't as black and white as you might imagine, not everyone inside the Empire is evil, and not everyone on the Republic is good.

Finally, the replayability factor here is very high since each unique class has its unique journey and meshes with the overall game arc seamlessly. The eight classes available are Jedi Knight, Sith Warrior, Trooper, Bounty Hunter, Imperial Agent, Sith Inquisitor, Jedi Consular, and Smuggler. Each class has three story arcs, totaling twenty-four unique experiences for players. On top of that, there are advanced factions for each faction that amplify the customization even more. The world is massive and offers multiple species, spaceships, and in-game companions. For the ultimate fans, comic books, and novels were developed to provide additional immersion and content for this fictional universe.

The Market Is Strong With This One

With a new free-to-play model, it was obvious that microtransactions would play a bigger role in Star Wars: The Old Republic. That is why newer expansions and subscriptions provide unique content that is ranked amongst the best the ten years of development have to offer. On top of that, the game has its Cartel Market, which is a marketplace that allows players to purchase in-game items, services, game access and customize their own experience.

Acquiring Cartel Coins, as with any MMORPG, can be a tedious, extensive, and unfun experience, grinding for countless hours might not be a viable option for all gamers. Upgrading your character once might be feasible, but if you want to enjoy all classes at their full potential, odds are you will not enjoy the journey as much the seventh time around. Or even if you haven't played the game and want to join current friends, it is very hard to close the ten-year gameplay gap through the sheer grind.

As players, we know how impactful in-game power, items, and levels can improve the enjoyment you get out of the experience. That is why at Eldorado.gg we work with the best-sellers in the community, to provide the cheapest buying option for you even on the other game titles and buy FFXIV account that is one of the more popular option. Microtransactions can be taxing on your wallet, especially if you are constantly buying them, that is why our bulk options might fit your profile better than other sources of Cartel Coins. With a TradeShield system, you can safely buy as much credit as you need, and join one of the greatest MMORPGs of this generation.