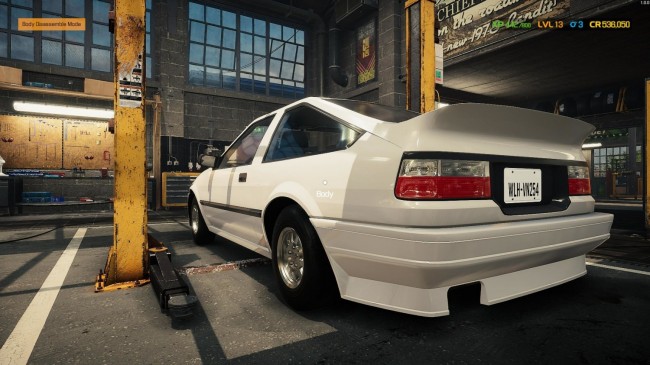 Car Mechanic Simulator 2021 has received its Patch 1.0.8, which brings changes and fixes to the game. The said patch update changed several aspects in the simulator, including ones involving both the Junkyard and the Barn, as well as several changes in its gameplay and its language support.

The update also fixed several bugs that might affect the game, including those that caused issues in-game, including during car repairs and restorations.

The Patch 1.0.8 Update, according to Dual Shockers, will add a tablet on the engine stand's pie menu. This means that players can now buy specific engine parts directly to the tablet instead of going to the computer and store it.

It also added the Engine Rotate option in the pie menu, making the said action for the engine stand easily accessible with just one click.

Another addition courtesy of the said patch update is the added control while draining any fluids like the brake fluid, windshield wiper fluid, power steering fluid, oil, and coolant fluid.

As mentioned earlier, the Patch 1.0.8 Update will bring several changes in some of the elements in Car Mechanic Simulator 2021.

According to BRGeeks, the said patch update will change both the Junkyard and the Barns, making them having Level 3 quality car parts. This means that players might stumble said parts aside from the usual Levels 1 and 2 car parts.

Aside from that, the patch update will provide more scraps earned through scrapping any car or car parts based on item quality and value, as well as interior parts will not be calculated into interior value nor parts value.

It will also change the costs of interior detailing and weilding in cars, making it variable, or one car will cost different than the other, instead of uniform.

In terms of the cars in the game, the update provided small changes in the parameters for the Mioveni Urs, the Sakura GT20, the Sakura Yaro, the Griffin Tyro, and the Royale Town. It also changed the Tempesta Magnum, making Fullface instead of Flatface, along with the addition of the mounted bumper and headlights.

In terms of the game's test drive feature, the update also changed the throttle detection in the path test controller, as well as it optimized the race track's map, and updated its collider.

In the visuals and sound, the Patch 1.0.8 Update reworked the sounds for the car's turbo, supercharger, and several engines, as well as it separated the gamepad's settings for the camera movement speed and cursor speed.

It also made the black aluminum on rims not change colors during painting, the lighting in the Paint Shop more accurate and the car reflections on auctions more better.

The Patch 1.0.8 Update, according to Update Crazy, will also fix several bugs that players experienced in Car Mechanic Simulator 2021 since the last Patch 1.0.7 Update. This includes a fix to a bug that makes the engines attached in the engine stand disappear.

It also fixed the bug that will lock the gameplay after a car has sent to the parking lot, a bug that will change liveries after paying for one, and a rare bug that affects the wheel changer.

READ ALSO: 'Car Mechanic Simulator 2021' How to Edit your Game Save Profile on your PC