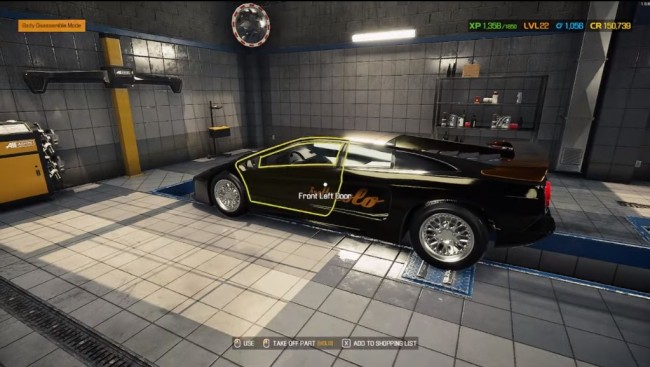 In Car Mechanic Simulator 2021, players can restore and repair one of the 72 cars that are already available in the game, as well as 8 cars that are in two of the game downloadable content (DLC) car packs, using more than 4,000 car parts.

These cars can be seen, and sold, in either the Junkyard, the Barn, the Car Salon, or the Car Auctions, and be bought using the Credits that earned either by selling their restored cars, parts that are impossible to repair, or through Story Orders.

The cars that they can repair are varied from classic muscle cars to vans to sedans to modern sports cars. One the said cars that can be found, and restored in the game, is the Lamborghini Diablo, or the Morena Bizzarini.

Produced between 1990 and 2001, the Lamborghini Diablko is a high-performance mid-engine sports car that boasts a top speed of up to 320 kilometers per hour, or 200 miles per hour.

How to Restore the Lamborghini Diablo

In a Youtube video made by Wateroutlet Gaming, to restore their very own Lamborghini Diablo, they must first clean it after they bought it either from the Junkyard, the Barn, or the Car Auction.

Next, they will move the said car to the Car Lift in their garage, and inspect if there are parts that needs repairing. In order to check it, they need to click the Car Status tab in the car's pie menu. From there, they will see the status of the parts.

After that, they will disassemble the parts, including the body kit, the engine, the wheels and suspension, and the interior, until what is left is the body frame. Then, they will proceed in restoring said body frame by using the wielding machine.

To use said machine, they will click it, and select Use Equipment, then they will Accept if they want to proceed with the repairs. Once they have done working with the body frame, they can proceed to reassembling the wheels and suspension first.

They will need to do this multiple times to the other parts until all of them are repaired. If there are parts that are impossible to repair, they can sell them and buy new ones. If they want the car to have an optimal performance, they can also buy Performance Parts.

Once they have reassembled the suspension and replaced the wheels, they can now recreate the car's engine. To do this, they must click the Engine Stand, and click the Create a New Engine tab. From there, they will need to find the suitable engine for the car.

The Lamborghini Diablo has a V12 engine, so it needs the engine block, the oil and fuel filters, the power steering pump, the alternator, the crankshaft, the pistons and its rings, the rod caps, the crankshaft bearing caps, and the oil pan.

Once they have completely built the engine, they will remove it from the Engine Stand, then mount it in on the car using the Engine Crane, then click Install. Afterwards, they will reassemble the rest of the car, including the gearbox, the starter, the air filter, the electronics, the interior, and the body kit.

Then, they will replace its coolant, oil, power steering fluid, the windshield wiper fluid, and brake fluid. If they want to, they can also customize its paint job in the Paint Shop.

After realigning its wheels and lights, as well as subjecting it to the dyno test and tuning its gears, they may now test drive their very own Lamborghini Diablo.