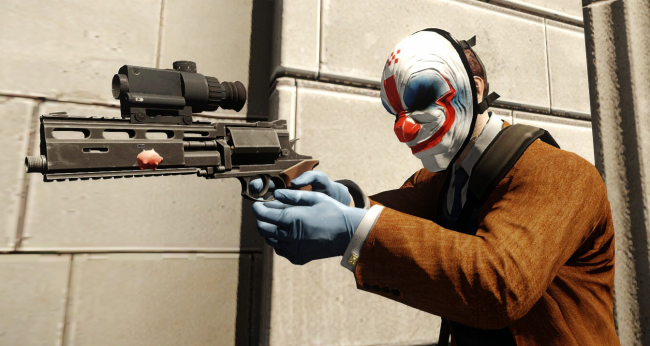 It is time to add more weapons in your Payday 2 arsenal as Jiu Feng returns to the cooperative shooting game for the Jiu Feng Smuggler Pack 3 downloadable content (DLC) for its City of Gold Expansion.

The said DLC pack will bring in new weapons for the crew to play with, as well as mods, accessories, and cosmetics that they can use to customize their weapon with. It also has a free update, which has small number of fixes and additions to the game.

Bring in the Smuggled Goods

According to the game's page in the Steam website, three new guns that came from Jiu Feng Smuggler Pack 3 are now included in Payday 2: City of Gold - the KS12 urban assault rifle, the Kang Arms Model 54 pistol, and the RUS-12 Angry Tiger revolver.

The KS12, according to a Techraptor, is a compact assault rifle that has a lot of firepower, and can be converted into a single-fire heavy hitter with the help of the DMR kit. It also has a custom muzzle breaker, a Picatinny trails that can be installed either on the top of the gun or on the carry handle, and a large silencer.

The RUS-12 revolver, living up to its "Angry Tiger" name, can punch holes to the enemy, no matter how heavy the armor they are wearing, thanks to its armor-piercing bullets. Players can add in additional option parts to the revolver, such as a custom wooden grip, a short barrel, and custom Stabilizer if they want to go for the long barrel route.

The Kang Arms Model 54 pistol can be used either as a single-wield handgun or as an akimbo, or a dual-wield, weapon. The said pistol is not just an ordinary handgun as it also has a a Bull Stopper small shotgun barrel addon that be fired up close.

The said barrel can load either a normal shotgun ammo, Flechettes, or AP slugs, while the pistol itself can also be equipped with an extended magazine and barrel extenders.

Speaking of addons, a new Z5 Owl Glass Universal Scope will be usable in the game and can be equipped just like a regular rifle or submachine gun scope, providing more options for a weapon's reach.

Payday 2: City of Gold's Jiu Feng Smuggler Pack 3 will also bring a free update for those who bought and download said DLC Pack, which is available in Steam for $3.99.

According to a separate post on their Steam page, the said update will fix a visual issue within the Raincoat outfit while its wearer has various weapons equipped. It also fixed an issue where the Bit Decay and the Botnet perks in the Hacker perk deck will not mention their dodge increase.

It also fixed an issue that makes the minimum number of batches needed to escape in the Border Crystal Heist not specified in the game, as well as a visual issue where a weapon color will not be applied to a weapon scope while aiming through it.

Aside from these fixes, the free update also added scrolling to the tabs in the weapon color menu, descriptions to all sniper rifles, the 5/7 AP pistol, and the OVE9000 saw, as well as it adjusted the pattern on Dragan's mask to better reflect the Croatian flag.

TAG Payday, Payday 2
© 2020 Game & Guide All rights reserved. Do not reproduce without permission.