‘Car Mechanic Simulator 2021’ Junkyard Tips: How to Find Parts, Buy Cars in the Area that are Near-Working Condition 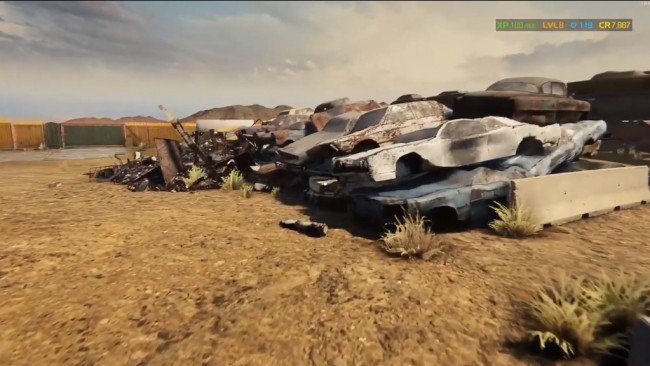 In Car Mechanic Simulator 2021, players can repair and restore one of the 80 cars that are already available in the game using more 4,000 car parts. 72 of them are pre-installed, while the other 8 are in two of its downloadable content (DLC) car packs.

Majority of the cars, and several car parts, can be mostly found in the Junkyard, where players can usually buy them even cheaper than in the Car Auctions and Car Salons.

But in order to access the said area, they must unlock it first. The Junkyard, according to GamePressure.com, can be unlocked after players reach Level 5. This means that players need to grind by accepting Story Orders, which will award them XP once accomplished.

After they unlocked the area, players can now access the Junkyard to find cars that they can repair or restore, as well as car parts that they can use.

Tips on How Find to Good Cars, Parts in the Junkyard

While visiting the Junkyard, players tend to usually found the scattered cars to be rusty, and most of the time, scrapped, with missing parts. However, there are chances that players might stumble on a car that, despite being rugged or incomplete, has parts that can still usable and in good condition.

In order to check said parts inside the car, including its status, players may look at the car through the Examination mode.

From there, they would see the interior of the car, where they could click the individual parts to see if the parts are still in good condition. If the percentage is green, it is still in working condition. If it is yellow or orange, it is still working and needs to be repaired. If it is red, it means that it is impossible to repair.

This also applies to the parts they will find in piles of junk, which are also scattered in the Junkyard. These heaps of scrap have lots of parts that can also be used in car restorations or repairs, and act as an alternative for those who want to avoid the expensive car parts that were usually sold in the Store.

Much like the cars, players can see the status of the parts after digging in a pile. Players can keep the parts that has either green, yellow, or orange-colored tabs as they can use it again once they repaired it in the Repair Table in their garage.

Another cheap way to have a car that has almost complete parts in almost working condition is to participate in the Kowalski Salvage Cars car auction. This auction is almost the same as the Kowalski Car Auctions, although for this one, players will bid for cars that are almost scrapped.

Before participating, players can check out the cars that will be auctioned. According to Hybricsteel's YouTube Video, they can use the Examination Mode to check the parts and know if the car is worth bidding for.

Afterwards, they can now bid for the said car by pressing the Bid button with the amount that it is needed for the auction. They will continue doing this until they outbid the competition, then the car is theirs to own.

The cars from the auction can either be restored for their collection, or if they want to go cheap, they can be "Donor cars" and use its parts for future restoration projects.

READ ALSO: 'Car Mechanic Simulator 2021' Rust Racer Challenge Guide: What are the Rules, How to Accomplish it [VIDEO]