'Yu-Gi-Oh! Master Duel' Guide: Release Date, Will it Have Cross-Play Feature, Other Things to Expect 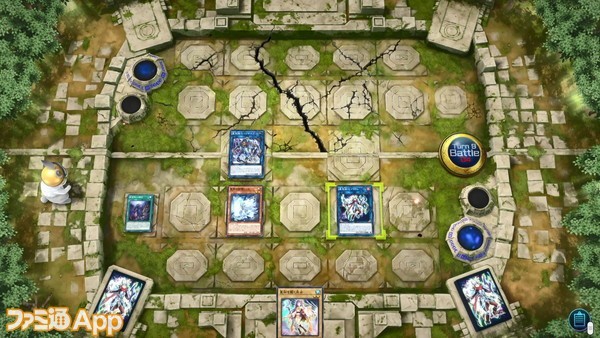 After being revealed in the last Yu-Gi-Oh! Digital Next livestream event last July, Konami released details regarding Yu-Gi-Oh! Master Duel during the recent Tokyo Game Show 2021.

The said reveal also comes with videos showing further its gameplay and other things that players could expect once it rolls out in several video game consoles.

According to Nintendo Wire, Kataoka Kenichi, senior producer for Konami's digital development, said in their showcase for the game that Master Duel was created to accommodate both new and veteran Yu-Gi-Oh! players.

"Solo Mode" will allow you to duel through various story arcs of Yu-Gi-Oh! OCG/TCG cards.

Master Duel, according to Nintendo Enthusiast, is expected to be free-to-play and will feature more 10,000 cards spanning different Yu-Gi-Oh! Titles from Duel Monsters to VRAINS, from Monster Cards, Spell Cards, and Trap Cards.

READ ALSO: 'Yu-Gi-Oh Duel Links' ARC-V Guide: What is Pendulum Summon, How it Works + New Characters, Cards that will be Coming

It will also feature different summoning mechanics, including Fusion Summoning, Synchro Summoning, Xyz Summoning, Pendulum Summoning, which they shown during their showcase in Tokyo Game Festival 2021, and Link Summoning.

Master Duel will also include a comprehensive Tutorial Mode for new players of the card game, as well as returning players, in order to familiarize themselves about the game, including its mechanics.

The said showcase also revealed that Solo Mode will be added in Master Duel, which according to Twinfinite, will focus on players gaining branching progression as they go along the way in this game mode.

According to The Gamer, the Solo Mode will be unlike other single player modes in other Yu-Gi-Oh! Games, where it focused around the characters in the series, but rather provides backstories about the cards and the expansion sets they belonged to.

Aside from the Solo Mode, Master Duels will still have its Multiplayer game modes, which might adapt options if players want to play on TCG or OCG rulings. This may include the Forbidden, Limited, and Semi-limited card lists for each of the said formats, as well as the implementation of Master Rules.

According to Gamepur, Master Duel might also be considered to be included in several Yu-Gi-Oh! Events, including the Yu-Gi-Oh! Championship Series and Yu-Gi-Oh! World Championships.

Before this, Yu-Gi-Oh! Duel Links, the mobile app version of the card game, saw a growing competitive Esports status at it was included in the latter.

Possible Release Date, Will There be a Cross-Play

Yu-Gi-Oh! Master Duel, according to The Gamer, is set to release on Japan in the coming Winter of 2021 for the PlayStation 4, PlayStation 5, Xbox One, Xbox Series X|S, Nintendo Switch, PC through Steam, and both Android and iOS smartphones.

During their showcase in the Tokyo Games Show 2021, Konami did not reveal any further details regarding its Worldwide release, whether they might release the game simultaneously with the launch in Japan, or there will be a time period in between.

As for the question if the game will have a cross-platform feature, the company also did not confirmed about it, but according to The Organization, Suzuki Shunsuke, Konami's Public Relations manager said that players should look forward to any future details that might reveal the possible addition of said feature.