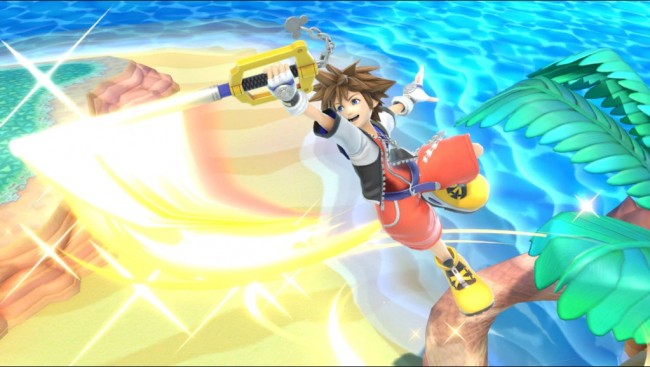 After years of waiting, and months of speculations and leaks, Sakurai Masahiro, the director of Super Smash Bros. Ultimate, in his "Mr. Sakurai Presents" livestream, announced that Sora, the protagonist of Square Enix and Disney's Kingdom Hearts series, will be now included in the fighting game's roster.

The Keyblade-wielding hero from the Destiny Islands, according to Techcrunch, is the 82nd playable character that will be added in the said roster since its launch in December 2018 for the Nintendo Switch.

The iconic Keyblade wielder arrives to the battlefield.

Sora from #KingdomHearts will be the final Super #SmashBrosUltimate DLC fighter! Look forward to the release of Sora in Challenger Pack 11 on 10/18. pic.twitter.com/zuhyPhydvv

Before this, in 2015, fans wanted Sora to appear in Super Smash Bros. for Nintendo 3DS and Wii U following a fan poll, which the Kingdom Hearts character became the most requested character.

Years later, several speculations, as well as leaks, were spreading on social media regarding his inclusion to the recent Super Smash Bros. installment.

Along with the reveal of the character, Sakurai also showed Sora's moveset in Super Smash Bros. Ultimate during the aforementioned livestream.

According to Inverse, the character, wielding his signature Kingdom Key Keyblade, is a fighter that can control the fight, especially in air, using its high midair jumps and far recovery, which was shown in the demonstration.

His Three-Hit Combo lets Sora swinging his Keyblade for his neutral, side tilt, neutral air, and forward air attacks. His Up Tilt lets him spin his Keyblade in the air, countering aerial attacks, while his Down Tilt lets him swing it down in a tripping motion, making it a good combo starter.

His Side Smash let him perform a wide swing that can launch enemies out of the stage, while his Up Smash let him point the sky with his Keyblade, launching enemies while leaving him vulnerable, and his Down Smash lets him perform a short hop after stabbing his weapon down, creating a shockwave.

His Neutral Special lets him cast the higher level versions of three basic Final Fantasy elemental spells, namely Firaga, Blizzaga, and Thundaga, which he can cycle in order. These spells are usually seen above his character icon.

Once casted, Firaga can repeatedly shoot fire blasts to the opponent, while Blizzaga can freeze anyone who are hit, and Thundaga can summon three lightning bolts in succession within a wide range. However, these spells can be reflected or absorbed by others.

His Sonic Blade lets him attack on different directions depending on the direction of the joystick, and can be executed up to three times, while his Areal Sweep lets him do a twirling attack, and can be combined with other moves to deal more damage.

His Counterattack lets him parry attacks with his Keyblade. This will make his opponents stumble after their attacks was parried, giving Sora a chance to attack them. It can also reflect projectiles, but they will not return back to those who launched them for a hit.

Finally, his Final Smash is Sealing the Keyhole. With this Ultimate Move, a keyhole sucks Sora's opponents to a pocket dimension, while a door that looks similar to the ones seen in the Kingdom Hearts games locks them away.

Sora then proceeds in "unlocking" the door, which replicates his usual keyhole sealing in the original games, then followed by a blast in the background.

Sora will be included in the super Smash Bros. Ultimate as part of the game's Fighters Pass Vol. 2 downloadable content (DLC) pack, which is set to release this coming October 18th, and costs $29.99.

Other characters that are included in the said DLC pack are Min Min from Project ARMS, Steve and Alex from Minecraft, Sephiroth from the Final Fantasy VII, Pyra/Mythra from Xenoblade Chronicles 2, and Mishima Kazuya from the Tekken series.

They can also download Sora individually for $5.99. Once downloaded, players can select one of the eight available costumes from Sora. According to Comicbook, his default Kingdom Hearts design will included, along with his other costumes from other Kingdom Hearts sequels.

Aside from the costumes, a brand new stage called the Rising Falls will also be included in the game, which has a unique transition to an area called Dive to the Heart once the fighters' stocks are low.

In the said area, several pillars will appear in the background, showing other primary characters from the Kingdom Hearts series.

Eight new songs from the role-playing game series, including Night of Fate, Destiny's Force, and Fragments of Sorrow, will be also included in super Smash Bros. Ultimate. All of them, according to Inverse, will not be custom arranges, and will be played in the game as stage background tracks just like their original versions.