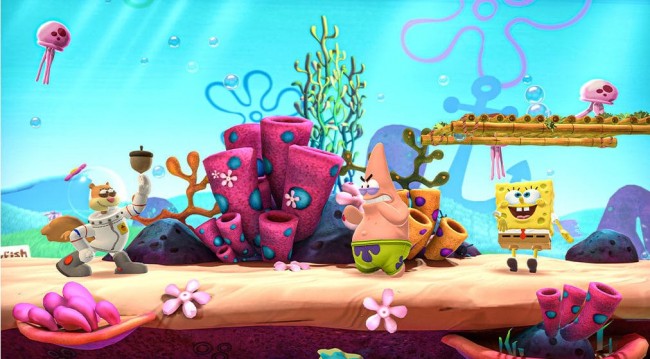 A leak has pointed out several information regarding Nickelodeon All-Star Brawl. The said leak includes new characters that might add to its roster, as well as the potential release date and how much the game would cost.

Before the leak was surfaced, players are waiting for the updates regarding the Super Smash Bros.-inspired fighting game, where characters from different Nickelodeon series, past and present, battle it out for Nicktoon supremacy.

The said leak, according to GameRevolution, was first seen in the game's Nintendo Switch eShop page, including a photo of the game's potential full cover art revealed the rumored new characters that will be included in the All-Star Brawl's roster.

Nickelodeon All Star Brawl non-silhouetted box art characters leaked by the game's icon on the Nintendo eshop. Here's the artwork full cover in all its glory, plus our first looks at Aang, Korra, Ren and Stimpy! pic.twitter.com/WSZEust4ql

In the said cover art, which was seen on Twitter, Aang from Avatar: The Last Airbender, Korra from The Legend of Korra, and Ren and Stimpy from The Ren & Stimp Show were seen, along with the several of the Nick characters who are in the early roster.

Also in the leaked game cover art are Felinius "Feline" Cat and Caninius "Canine" Dog from CatDog and April O'Neil from Teenage Mutant Ninja Turtles, who were included in the initial roster of 14 characters following an announcement during the recent Gamescom 2021.

Other characters that were part of the said initial roster for the All-Star Brawl include Sandy Cheeks from Spongebob Squarepants, Michelangelo from Teenage Mutant Ninja Turtles, Nigel Thornberry from The Wild Thornberrys, Helga Pataki from Hey! Arnold, Zim from Invader Zim, Lucy Loud from The Loud House, and Danny Phantom/Danny Fenton from Danny Phantom.

If the rumored four Nick characters were confirmed by the developers of the game, there will be 20 characters in the game's roster, just two more characters short from the planned 22, according to Event Hubs.

Players will also expect a full list of moves for each character in All-Star Brawl for them to learn. As of this writing, the official Twitter page of the game revealed Spongebob's moveset.

Aside from the roster, players of the game will expect 20 stages to choose from, such as the Jellyfish Fields and the Technodrome, as well as a local and online multiplayer options.

Aside from the rumored addition to the roster, a same game listing in Nintendo Switch's eShop has leaked the details regarding Nickelodeon All-Star Brawl's release. According to Comicbook, the said game listing revealed that the said fighting game will be available on October 5th.

The fighting game will be available for PlayStation 4, PlayStation 5, Nintendo Switch, and Xbox Series X|S.

As for its install size and potential pricing, GameRevolution said that the said game might cost $49.99, which is ten dollars less than the price of a copy of Super Smash Bros. Ultimate, and will be packing a 2.9 GB full of game data.

As of this writing, both Ludosity and Fair Play Labs, the developers of Nickelodeon All-Star Brawl, did not release any report regarding the confirmation of the said leaks.

Players must also take note that these leaks and rumors should be treated with a grain of salt as these might change depending on future announcements.