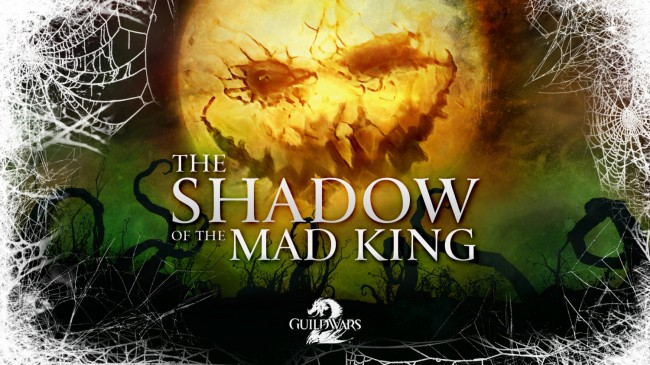 Halloween is coming in Guild Wars 2 as the multiplayer online role-playing game released an update that comes with the "Shadow of the Mad King" event to celebrate the season.

In the said event, the gates of the Mad Realm had once again opened for those who accepted the invitation to be a part of Mad King Thorn's Audience.

The Halloween Update for the game will bring players to Kryta, giving them the opportunity to venture within the said realm, meet with its citizens, and compete with each other in several player-verses-player (PvP) events.

It's Halloween in Guild Wars 2

During the Shadow of the Mad King Event in Guild Wars 2, according to MMORPG.com, players can now travel between Tyria and the Mad Realm.

Once entered in the latter, they will encounter armies of the undead, as well as the Skeletal Lich, the Grand High Viscount of Candy Corn, and the Lanyrinthine Horror.

To help them combat these monsters, three new weapons are now available as rare drops from Trick-or-Treat Bags, which according to Gamepur, can be earned by participating to the events inside Mad King Thorn's Labyrinth.

The said events include the Mad King's Clock Tower, which is a 15-minute jumping puzzle where players compete each other in a race to the top, while avoiding deadly miasma and undead that will pull them to their doom.

In Mad King's Raceway, they will race through a thrilling course filled with tombstones and cornfields. They must choose one of these three mounts that will help them win the race - the agile jackal, the high-jumping springer, and the speedy roller beetle.

They can also battle with each other in Lunatic Inquisition, a PvP mode where they choose one of either two parties - the Couriers or the Villagers.

The former will win if they kill all of the players in the latter's side. The other side, on the other hand, need to survive until the end of the game in order to win.

In Reaper's Rumble, on the other hand, two teams of players need to work together in order to protect their own mausoleums, all while trying to destroy the other mausoleums from their opponents.

If their brave enough, according to MMOBomb, they can meet the Mad King himself in the Ascent to Madness, where players of any skill level can test their mettle while grinding for items as well as the aforementioned Trick-or-Treat Bags.

Aside from these PvP and player-versus-environment (PvE) events, the said event will also make Guild Wars 2 players investigate a mysterious visitor that will be appearing in the Mad King's Labyrinth, as well as participate in Mad King Says, where they can earn prices.

Aside from the aforementioned activities, Guild Wars 2's Shadow of the Mad King Event will bring in the new Grasping Gaze shoulder accessories, which according to the post in the game's website, will be included in the Halloween Rituals meta-achievement, and can be earned by participating in the said activities.

Players who are participated in said activities can also obtain the new Halloween Festivities achievement.

Aside from that, the Lunatic Court Cape, which became the said meta-achievement's reward last year, can now be purchased from the Halloween vendors in the game, along with new rewards such as a festive new miniature and chef's recipes.

Players who want to bring in the Halloween spirit to their respective guilds may also purchase new season-themed decorations, which will be added in the in-game stores.

Finally, during the event, players will be awarded with a 50% from EXP sources, as well as 30% bonus to magic fins and 50% bonus to PvP. The Shadow of the Mad King Event in Guild Wars 2 will last until November 9th.

TAG Guild Wars 2
© 2020 Game & Guide All rights reserved. Do not reproduce without permission.