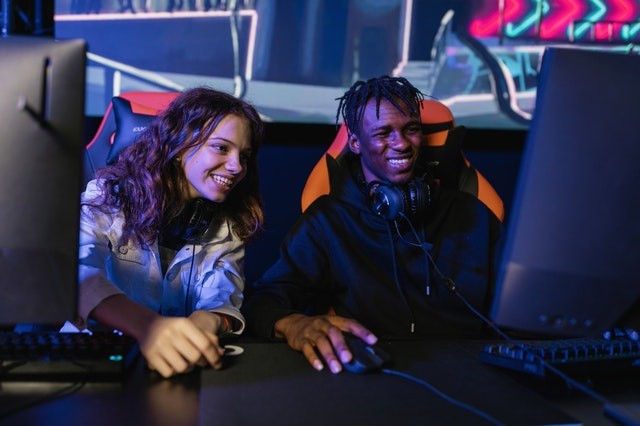 The Diablo games are unlike anything else in the Warcraft universe, with a significantly more black-and-white morality enacted in an everlasting cosmic struggle between absolute forces of order and righteousness versus evil and chaos. If you're looking to get into the Diablo games, its best to have some prerequisite knowledge to help you out. If you're playing Diablo 3, you can check out the Eldorado.gg marketplace for cool Diablo Builds for steal prices on Diablo 2 Resurrected Gold!

The Great or Eternal Conflict is a war with such a gigantic scale and breadth that it may almost be described as forever. The war takes place before the world of Sanctuary, where mortal men and women are born and live their lives. Indeed, Sanctuary was founded by a rogue angel and his demonic lover and partner as a haven where the battle could be put to a stop.

But there was just Anu before the conflict, before the cosmos even formed. Anu existed as a pearl, a focal point containing all evil and virtue, all possibilities and dualities within its reflected surface. Anu, on the other hand, felt flawed in its duality and sought purity in the rejection of its bad qualities, casting them away to become a perfected warrior. Anu's cast-off impurities, on the other hand, became perfection of a dark bent, becoming the monster Tathamet. This seven-headed dragon waged war on the gleaming Anu, who wanted to extinguish what he had flung out of himself.

As a result, the battle for control of everything began at the same time as everything came into being. The moniker "Eternal Conflict" came from the fact that it spanned the entirety of existence. Many realms were turned into battlegrounds between the powers of Heaven and Hell. Worlds rose and collapsed, frequently obliterated in the struggle to establish who would rule them. Over time, both parties grew bored of the war, the never-ending status quo of two stalemate hosts caught in a never-ending battle. The Angiris Council's Inarius and Lilith, daughter of Mephisto (one of the three Prime Evils), formed an alliance that was neither holy nor infernal, but rejected both. Many angels and demons followed their lead, abandoning the never-ending fight in search of a new home.

To make that place a reality, they stole the Eye of Anu and used its immense power to build a new world, which the men and women who dwell there now call Sanctuary. Those men and women are unaware that they are descended from Inarius and Lillith, as well as the other angels and demons that fled to their new realm.

You can choose to play as one of the dwellers of Sanctuary in Diablo 3. If you do, you'll get access to cool builds and choices that will make the gameplay experience a lot more immersive. Even better, these Diablo 3 builds can easily be accessed from Eldorado.gg's gaming marketplace.

The self-exiled hosts birthed a new generation, the nephalem, who were neither angels nor demons, but both and so neither. Because they were the first beings since Anu to contain numerous possibilities, these beings threatened to eclipse the power of their sires and dams. Their power looked limitless, and they might be malevolent or benign, ordered or chaotic. To keep them from becoming more powerful than their creator, Inarius utilized the Eye of Anu's (now known as the Worldstone) power to place boundaries on these potentially limitless sons and daughters of his own actions, forcing them to shrink over time. They eventually evolved into today's humans.

Lilith's imprisonment and rise of the Triune

Inarius then imprisoned Lilith for her role in exploiting the young humans to overthrow both Heaven and Hell and conclude the conflict by annihilating both factions. Sancturary survived for a while, undetected by the Angiris Council and the armies of Heaven but discovered by the forces of Hell. For a while, Inarius waged a shadow war with the Prime Evils, opposing them with the unbridled power of the Worldstone in a fight known as the Sin War.

When a mortal named Uldyssian's nephalem-descended powers were released, he proved Inarius' fears accurate. He led others like him in battles against the Cathedral of Light (a church backed by Inarius) and the Triune, a twisted version of Christianity centered on the three Prime Evils. Uldyssian eventually sacrificed himself to vanquish Inarius, proving to Tyrael that the Sanctuary humanity, descended from both angels and demons, deserved a chance to survive.

Following the end of the Sin War, it was Tyrael's vote that saved Sanctuary from destruction by the Angiris Council, and the council and Prime Evil Mephisto signed an agreement of non-interference with Sanctuary and the affairs of these unusual beings. As part of the arrangement, Mephisto was given Inarius, and the Prime Evil brought the prisoner former Archangel to the Burning Hells, where he was tortured and tormented.

The Prime Evils, as one might anticipate, promptly set out to break the bargain, enslave the mortals to use as weapons in the fight, and seize control of the Worldstone for themselves. At the same time, the memory of the Sin War and the awful facts it revealed about human origins were erased from mankind, allowing it to forge its own path free of that knowledge and the terrifying potential the race promised.

That's pretty much it for the pre-trilogy events. Make sure you sit back and enjoy the journey as you dive into gaming's most illustrious franchise of angels and demons. Don't forget to checkout Gamecamp price comparison website for the best prices of Diablo game keys!