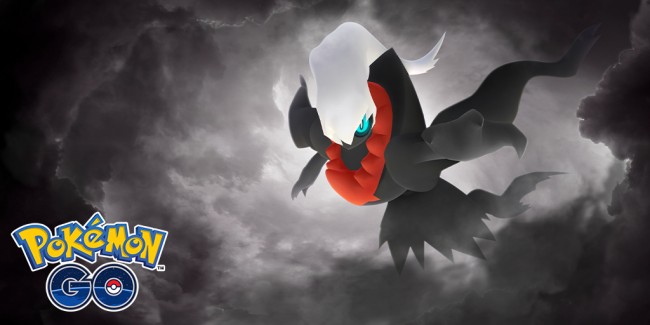 As a part of the Part 2: Ghoulish Pals of its Halloween Mischief event, Darkrai returns to Pokemon Go in the said event's 5-Star Raids.

According to Leekduck.com, it will also appear in the game's Raid Hour on Wednesday, October 27th, from 6:00 PM to 7:00 PM Local Time.

For Trainers who want to catch its Shiny variant, the chances to encounter it is approximately one in twenty, which means that there is a possibility for them to encounter one.

Despite being a Mythical Pokemon, Darkrai still has its weakness that Trainers need to exploit in order to capture it during the 5-Star Raids.

According to chart provided by Eurogamer, Dark-type Pokemon like Darkrai are vulnerable against Fighting, Bug, and Fairy-type Pokemon, as well as moves that are based from said Pokemon types.

With this fact alone, Trainers must have Pokemon that are under those said Types in their team before facing Darkrai in the said Raids.

Also, in order to defeat, and catch, Darkrai as quick as possible, Trainers can enter the 5-Star Raids with an in-game friend as it will give a Best Friend bonus. They can enter said Raid with two or three other Trainers in order to clear it faster.

Once they defeat it, they can use the Circle Lock technique in order to either have a Great or Excellent throw, while using Golden Razz Berries, and catch the said Pokemon.

Once caught, they will need to understand Darkrai's strengths, which they can use in situations in the game such as Player-versus-Player (PvP).

According to Leekduck.com, the Mythical Dark-type Pokemon has 172 Health Points, an Attack stat of 285, and a Defense stat of 198, making it a good beat stick in the game, coupled with Fast Moves such as Snarl and Feint Attack.

Aside from that, moves like Dark Pulse, Shadow Ball, and Focus Blast can be suitable choices for its Charged Moves.

Also, they can choose to add Sludge Bomb in its arsenal after Trainers caught Darkrai, as it can also be a great choice for its Charged Move.