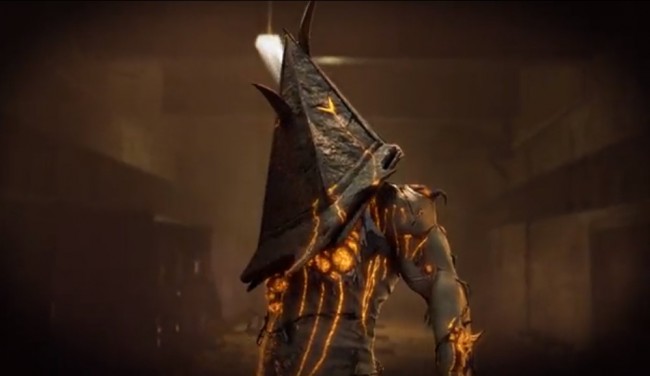 The realm of Silent Hill expands in the world of Dead by Daylight as the latter will receive brand new additional in-game content that were themed from the former. The said additional content was part of the Halloween-exclusive event for the horror survival game.

These include a brand new skin for Pyramid Head, as well as a new skin from an existing Silent Hill character that became a Survivor in the game.

One of the new additional content from the continuing collaboration between two said games is the aforementioned new look for Pyramid Head.

The said skin, named the Pyramid Blight, was described by a post in the game's website as him being injected with "a searing dose of putrid serum" inside his system, making his body and his signature large blade almost covered with rotting matter.

READ ALSO: 'For Honor' Collaborates with 'Dead by Daylight' for a Halloween Event: What Players Could Expect

But along with the new skin for the said Killer, a long-time rival will also crossover from Silent Hill to the world of Dead by Daylight.

According to Comicbook, James Sunderland, the protagonist of Silent Hill 2, will appear in the horror survival game, and will face the Pyramid Head, as a new Legendary Survivor Skin for Cheryl Mason, another Silent Hill character that became one of the Survivors.

The said skin, according to Rose Li, the game's product store manager, has been in the works by Behavior Interactive, the developers of the game, for a long time.

But it was delayed after several circumstances, including several deadlines regarding it shifted to make room for other in-game content.

It was also supposed to be released in July, however according to Gamespot, the developers thought that the Halloween season would feel like the perfect moment to bring him into the game, along with Pyramid Head's new skin.

Before this, both Pyramid Head and Mason were added in Dead by Daylight as part of its Silent Hill Chapter downloadable content (DLC) pack, which was released last June 17th, 2020.

Both the Killer and the Survivor brought in new perks - Forced Penance, Trail of Torment and Deathbound from the former, and Soul Guard, Blood Pact, and Repressed Alliance from the latter.

Aside from these characters, the Midwich Elementary School map was also included in the game, as well as the Seal of Metatron Universal Charm, which cannot be purchased separately.

As for Dead by Daylight, the said additional in-game content is a part of The Midnight Grove event, which also brought a new Witching Hour skin for the new Survivor, Mikaela Reid, as well as the Transplant skin for The Doctor.

The said event also has three Halloween-exclusive Charms, including the Black Cat with Witch Hat Charm, the New Scarecrow Charm, and the Sheet Ghost Wraith Charm.

Players who are logging in the game during the event will receive 666,666 Bloodpoints, which they can used to step into the Entity's Realm at any point during the event.

TAG Dead By Daylight, Silent Hill
© 2020 Game & Guide All rights reserved. Do not reproduce without permission.