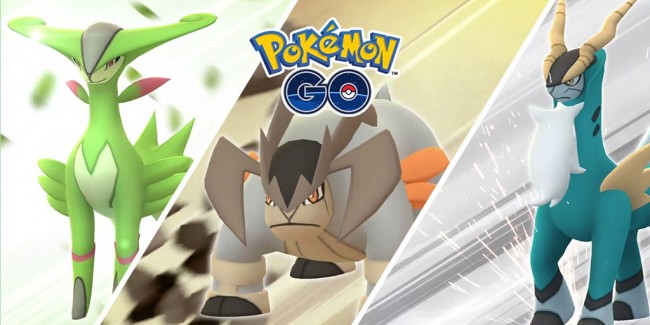 The Swords of Justice has come to Pokemon Go as the three of the four Legendary Pokemon for the Generation V, Terrakion, Cobalion, and Virizion, enters the game as part of its 5-Star Raids for its Festival of Lights event.

The Sword of Justice will be Returning to #PokemonGO ⚔️

According to Eurogamer, considering that the three are Fighting-type Pokemon, they are vulnerable against Flying, Psychic, and Fairy-type Pokemon, as well as attacks that are based from these types.

As for their individual sub-types, Terrakion, being a Rock-type, is weak against Fighting, Ground, Steel, Water, and Grass-types, while Cobalion, a Steel-type, can easily be defeated by Fighting, Ground, and Fire-types, and Virizion, a Grass-type, is vulnerable against Flying, Poison, Bug, Fire, and Ice-types.

Considering the list of weaknesses mentioned above, Trainers must know the best mix of Pokemon in their team, whether they will focus on their weakness as Fighting-types, or their individual vulnerabilities.

In order to defeat, and catch, these three Legendary Pokemon, they need to have with them up to three or four Trainers, while using the Circle Lock Technique, in order to have guaranteed Great or Excellent throws using Premier Balls, and Golden Razz Berries.

Once caught, Trainer can now know the best moves that they want to teach for either Terrakion, Cobalion, or Virizion. According to a post in their website, these three can be taught the Sacred Sword Charged Move if they are caught during the game's Festival of Lights event.

Aside from that, each of them has a great list of Moves that they can learn, and use in situations such as player-versus-player (PvP) battles.

For Terrakion, according to Gameinfo.io, Trainers can choose between Zen Headbutt or Smack Down as its Quick Move, while they can choose either Earthquake, Rock Slide, or Close Combat as its Charged Move.

For Cobalion, they can choose between Metal Claw or Zen Headbutt as its Quick Move, while they can choose either Stone Edge, Iron Head or Close Combat as their Charged Move.

Finally, for Virizion, they can choose between Quick Attack or Zen Headbutt as its Quick Move, while they can choose either Stone Edge, Leaf Blade, or Close Contact as its Charged Move.