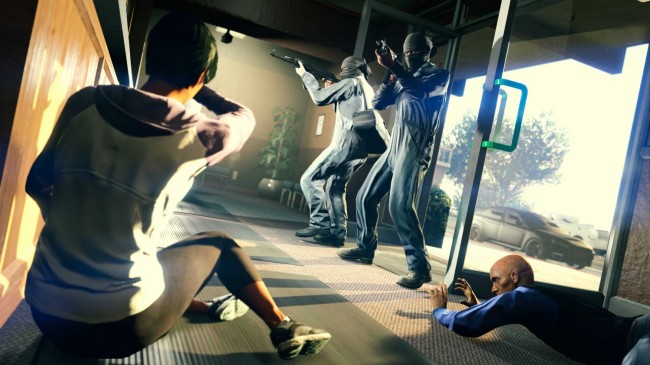 It is time to score lots of money in Grand Theft Auto Online as the open-world online multiplayer game will receive its Weekly Update, opening the game's Heists Month event.

The said event will give its players the opportunity to score lots of in-game cash after clearing a set of heists. They will also receive bonuses and discounts to several items.

On the other hand, the update also brought in new items, including new go-karts that they can use for its Race Creator, as well as a return of several mini-events.

Heist Month in GTA Online kicks off with Double Rewards on all five original Heists:

Plus, additional bonuses for completing all these Heists, and more: https://t.co/5I4l8GHxRJ pic.twitter.com/jddj6cE1U2

As mentioned earlier, Grand Theft Auto Online will have its Heist Month starting next week.

According to a post in Rockstar Games' website, players will gain double rewards after completing five of the game's original Heists, namely The Fleeca Job, Prison Break, Humane Labs Raid, Series A Funding, and The Pacific Standard Job.

Aside from the rewards that they will be receiving, they will also get a lump-sum payment worth GTA$ 500,000 once they completed the Heist Finales of the aforementioned Heists. The said payment will be deposited straight to their Maze Bank Account on November 14th.

Also, according to Gamespot, players who completes The Fleeca Job will also receive a Fleeca livery for their Ubermacht Cypher within 72 hours of login after November 15th.

Also, Motor Wars will have its comeback in Grand Theft Auto Online, where participating players will also receive double the GTA$ and RP earned. They will also get the same bonus after finishing a client job for their Auto Shop, as well as Exotic Exports.

Take it to the Road

Aside from the Heist Month, Grand Theft Auto Online's Weekly Update also brought in new cars that players can race with in its Race Creator.

According to Player.One, they can now include the Dinka Veto Classic and Modern go-karts in their creations within the game, and race with their friends through their customized tracks in the mountains and city streets.

Aside from the go-karts, the Ubermacht Cypher, according to Gamepur, will be awarded to those who will place in the top four in a Los Santos Car Meet Series Race for six consecutive days.

They can also take either an Annis ZR350, a Karin Futo GTX, or a Karin Previon for a spin in the Test Tracks.

Those who want to test their luck in the Diamond Casinoi & Resort will not only receive prizes like GTA$, RP, clothing, and snacks, but also a new Lampadati Casco.

Also, players can now buy a High-End Apartment, as well as their renovations and modifications for it, for 40% off, while they can also grab Body Armor for 50% off and Weapons for 30% off their prices.

Several vehicles in the game, like the Mammoth Hydra, Savage, and the armored Karin Kuruma, are sold 40% off their original prices.