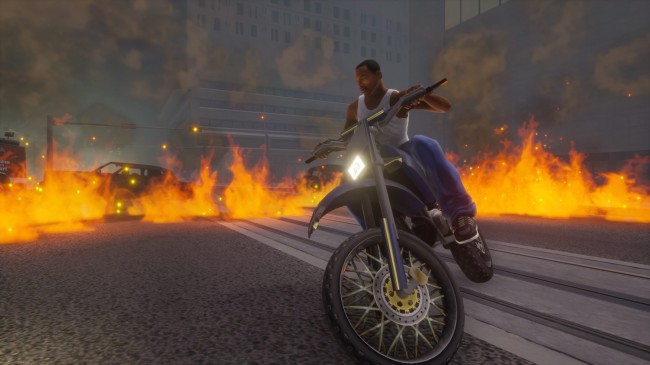 Cheats are the most important part of Grand Theft Auto series, especially its famous trilogy, including Grand Theft Auto: San Andreas. These cheats, once entered, may result in either providing infinite resources for its players, or adding even more ridiculousness to their gaming experience.

This is the reason why the said games have that distinct charm and staying power, which is still seen to this day, as Grand Theft Auto Trilogy Definitive Edition just released today.

Now, old players, as well as new ones, can now input important, as well as weird and ridiculous, cheats in a remastered Grand Theft Auto environment, especially within the suburbs of Los Santos.

Grand Theft Auto: San Andreas, featuring 3 distinct cities including the original Los Santos, as Carl ‘CJ’ Johnson battles the streets and corrupt cops to save his family in a loving homage to the ’90s.

GTA: The Trilogy – The Definitive Edition
Out now: https://t.co/nd8okcBfAF pic.twitter.com/CNXmwhitHQ

Much like their PlayStation version, the cheats for Grand Theft Auto: San Andreas's Xbox version, especially for Xbox One and Xbox Series X|S, will function the same.

Notes Regarding the Cheats

There are many thinks that players need to consider while inputting these cheats in the Grand Theft Auto Trilogy Definitive Edition, especially for Grand Theft Auto: San Andreas.

According to Eurogames, several of the cheats might not work or disabled in the Definitive Edition, as Rockstar Games, the developer of Grand Theft Auto series, said that it had removed several cheats, but there are reports that some of them are in the game.

Also, using said cheats might disable the Trophies and Achievements that they could get while playing said games. If they want to collect them while they are progressing, they might not use these cheats to do so.

Finally, several of the cheats, including those "Mode"-style ones, will not be deactivated once the codes for them are re-entered in the game. Hence, it is better for them to save their games first before entering these kinds of cheats.