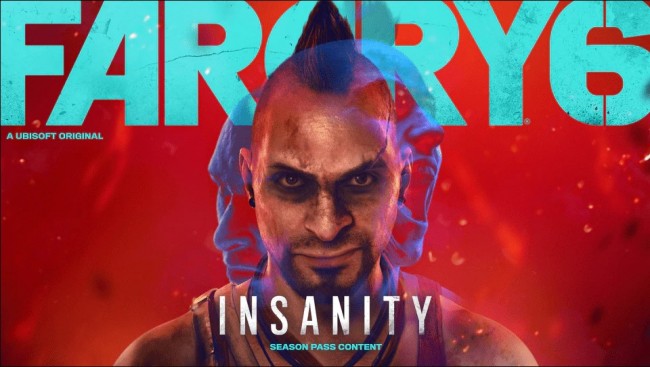 Ubisoft announced that the one of the downloadable content (DLC) expansion packs for Far Cry 6 for its Season Pass, "Vaas: Insanity," has rolled out in the action-adventure first person shooting game, along with cosmetics that are themed after the hit American television series, "Breaking Bad."

Aside from these downloadable in-game content that both of them will offer for its players, the new Patch 1.05 Update will also be rolled out in the game, bringing in possible changes and fixes to its bugs and issues that might affect the game if it is not addressed.

Bring in the Insanity

In Far Cry 6's "Vaas: Insanity" DLC Expansion Pack, according to Gamespot, players will be playing Vaas Montenegro, the secondary antagonist of Far Cry 3, and the archenemy of Jason Brody and Dennis Rogers, as well as the leader of the Pirates in the Rook Islands.

Players will be stepping into Vaas' shoes, and his psyche, as they will deal the inner voices in his head that continues to torment him, while forcing him to seek and kill Brody.

READ ALSO: 'Far Cry 6' Wingsuit Guide: Where to Find, How to Get Fast and Use it

With nothing more than a pistol in their hands to defend themselves, according to The Nerd Stash, they must go through a series of bizarre dreamscapes, and battle against his insanity if he seeks freedom from it. Along the way, they will unlock and collect power-ups in order to make Vaas stronger.

Aside from the blending intense action and storytelling that it will bring in, "Vaas: Insanity" will provide them the opportunity to understand his past, as well as his personal demons, and motivations behind his actions, including those that lead to several events in Far Cry 3.

Along with the release of "Vaas: Insanity" DLC Expansion Pack is the launching of the "Breaking Bad" DLC Pack, which contains a bundle loaded with items that are based on the elements from the American television series.

According to ComingSoon.net, the said DLC Pack has two bundles. The Heisenberg Bundle will contain a mirror prop, which references to Walter White's A1A Car Wash business, that they can install in their vehicles.

The said bundle also comes with White's signature jacket, slacks, watch, loafers, and pork pie hat with shades, as well as a pistol, which looks like the one Todd Alquist used in the series, and a light machine gun.

On the other hand, the Loss Pollos Hermanos Bundle will contain gear that are similar to the ones that the staff of Los Pollos Hermanos is wearing. The said fictional fried chicken restaurant was owned by Gustavo "Gus" Fring, which is played Giancarlo Esposito, the actor behind Anton Castillo, the antagonist of Far Cry 6.

The said bundle includes a fry cook visor, slacks, apron, watch, and sneakers, as well as a 1967 Yuri 151 truck, which is the same truck used in the show to transport meth and restaurant supplies.

READ ALSO: 'Far Cry 6' Workbench Guide: How to Use it To Upgrade Weapons + What Mods Players Can Use