'Pokemon Go' Community Day December 2021 Guide: What Pokemon Trainers Will Encounter, plus Other Things They Could Expect 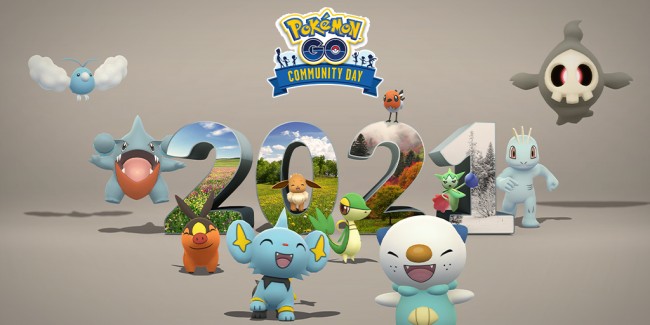 It is that time of the month once again where Trainers come and play Pokemon Go together as its monthly Community Day event returns for the month of December.

This time, the said event, which will be the final Community Day of the 2021, will be two-day extravaganza, and will feature not only one, but a number of Pokemon that they can catch in the wild.

Aside from those that will be encountered in the wild, Trainers will also have the opportunity to encounter, and catch, several of them in Raids, while learning moves to those Pokemon that are evolved during the event proper.

They will also have the opportunity to grab Research Tasks, which they will be rewarded with in-game items, as well as Pokemon encounters.

The More, The Merrier

Unlike the previous similar events where every month, only one Pokemon will be featured, the Community Day event this coming December will feature all of the Pokemon that appeared on those said events within 2021.

According to the post made by Niantic, the developers of the augmented reality smartphone game, in the Pokemon Go website, these will be appearing in the wild more frequently.

This include Machop, Roselia, Swablu, Gible, Snivy, Fletchling, Eevee, Duskull, Shinx, Tepig, and Oshawott. These Pokemon will be split into two groups, with each group appearing on the wild during a specific date of the event.

Machop, Roselia, Swablu, Gible, Snivy, and Fletchling will be on the wild on December 18th, while Eevee, Duskull, Shinx, Tepig, and Oshawott will be appearing more frequently on December 19th.

Aside from the aforementioned Pokemon, the event will also feature others that were appeared in Community Days of 2020. According to CNet, these Pokemon can be either hatched from their Eggs or encountered in Raids.

Trainers can hatch either Charmander, Weedle, Abra, Ghastly, Rhyhorn Magikarp, Porygon, Elekid, Magby, Seedot, Piplup, and Budew from said Eggs within 2 kilometers, while they will also encounter all of them in the said Raid, however, instead of Elekid and Magby, they will encounter their respective evolved forms, Electabuzz and Magmar.

If they are lucky enough, they might encounter Shiny versions of all of them on those dates, as well as the Last Resort move, which can be taught to an Eevee once it is caught during the event.

Aside from the Last Resort move, several exclusive moves are also available to be taught to those Pokemon that they have encountered, and caught, during the event, as well as those that have owned in the Pokemon Go, as long as they evolved said Pokemon.

Trainers can now teach their Charizard the Dragon Breath Fast Attack after they evolved from Charmeleon, while they can teach their Beedrill the Drill Run Charged Attack after evolving it from a Kakuna.

Those who evolved their Roselia into a Roserade during the event can choose one of these two moves that they can teach to it - the Bullet Seed Fast Attack or the Fire-type Weather Ball Charged Attack.

During the event, according to Bleeding Cool, the Incense that were activated, as well as the Lure Modules, will last for three hours, while the Hatch Distance for the Eggs that were placed inside the Incubator will be halved.

Also, both XP and Stardust received after a catch will be boosted up to two times.