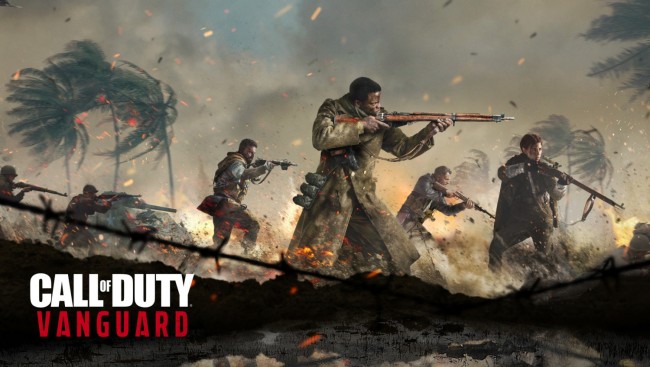 Call of Duty: Vanguard has received their latest update, which brought in several, yet significant, changes to the first-person shooting game.

The said update includes the fix to a glitch in its Search and Destroy map, which affected its gameplay, as well as its potential multiplayer competitive element. It also brought in balance changes to several of the game's weapons, as well as a small list of other changes and fixes.

A Fix to a Glitch

As mentioned earlier, the latest Call of Duty: Vanguard update has fixed a major glitch within its Search and Destroy map, which was stated in their patch notes posted in Sledgehammer Games' website.

Before the fix was made, the said glitch was first shown by MuTeX, a Twitch streamer, in one of his livestreams. According to his Twitter post, which also has a video that shows how it works, the glitch will trigger after a bomb was planted in one of the bomb sites in the map.

READ ALSO: 'CoD Vanguard' Glitch Tries to Ruin Matches: How Does it Work

The word "Defend" was supposed to pop-up at the top of the said bomb, telling the Attacking players to defend said bomb site against those from the Defending team who are trying to defuse it before it detonates.

Instead, because of the glitch, it was changed into "Defuse Target," giving away the player, or players, who are trying to defuse the said bomb. It also even works no matter how far the Attacking team are away from the bomb site.

This glitch has given an unfair advantage, especially those that are in the Defending team, as it gave away what they are doing to the Attacking team, and it might be abused if it is not addressed and fixed, affecting its gameplay, which is relied on all quick decisions players need to make.

With the said November 18th update, the said glitch was gone, and the "Defend" above the planted bomb can now be seen by the Attacking team only.

Aside from the major fix to Search and Destroy, the latest update for Call of Duty: Vanguard has also brought in several changes to its weapons, including its shotguns.

According to Comicbook, shotguns will be receiving a balance pass, which will affect their range, pellet spread, hipfire penalty, and their other aspects.

The update also reduced the effects of ADS Spread, or Bloom, on the game's 38 base weapons without their attachments.

Developers also added in changes to said attachments, saying that those that improves the accuracy of said weapons will reduce ADS Spread, while those that have accuracy penalties will increase its effects.

The latest Call of Duty: Vanguard update also fixed several issues and bugs. According to Dot Esports, it fixed several of the game's Weapon Challenges, including an issue where the MK11 launcher's Long Shot Challenge are not tracking.

It also fixed a bug that prevents the players from completing the Deadeye Challenge for the Fighting Knife, while it corrected a mislabled Proficiency that is required for the Mind Games Challenge for the Automaton.

It also fixed the glitch in the Gung Ho sprint speed shooting, as well as a bug that causes players to receive ten times the amount of Armor HP than normal, and a bug where the objective of Get 50 Eliminations for the Grizzled Veteran Challenge was not tracked properly in Objective Modes.

As for its Zombies mode, the update fixed an issue there where players can still interact with the Exfil Portal after failing to Exfil, as well as an issue that causes the Legendary Covenants to not appear for some players.

READ ALSO: 'CoD Vanguard' 'Operation Tonga' Guide: How to Clear the Remaining Parts of the Campaign