'CoD Vanguard' Glitch Tries to Ruin Matches: How Does it Work 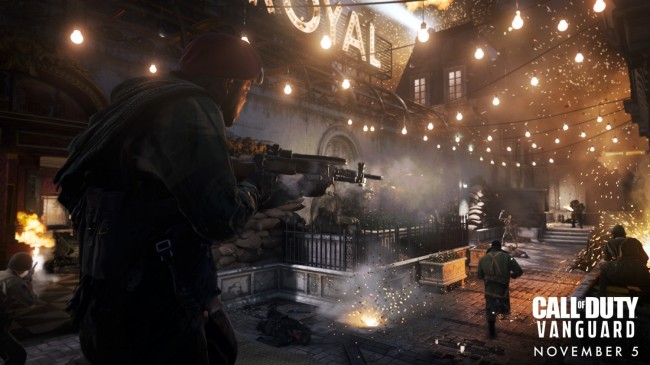 Several players of Call of Duty: Vanguard have discovered a glitch within one of its game modes that might possibly affect its gameplay, as well as its potential competitive element in it.

The said glitch was discovered just days after its launch, which according to Upcomer, was relatively smooth, as its game servers have been holding up, while its performance became strong for a majority of their players, and no game-breaking bugs were reported during that time.

The Glitch in Question

The said glitch, according to Game Rant, was first revealed a Twitch stream by MuTeX during a Search and Destroy match.

I'm so sorry for doing this... But im 100% sure there are some people abusing this bomb defusing glitch. I just lost a wager match due to this glitch. Here is how you do it... Please fix it ASAP so we can continue to compete and not get robbed by cheaters. @ATVIAssist @SHGames pic.twitter.com/ztu0X8w8Pz

In the said game mode, teams must take roles in either defending or destroying a bomb site. In case the bomb has been planted by the opposing team, the defending team will defuse it.

The glitch in question is essentially a bug in the said game mode, which allows Vanguard players in the attacking team see those from the defenders' side that are diffusing the bomb after it was planted in a bomb site.

In the snippet of the aforementioned Twitch stream, which MuTeX posted in his Twitter page, it was shown that the glitch will trigger once the bomb was planted. Above the planted bomb, the word "Defend" will appear, telling the attacking players to defend it before it detonates.

However, according to Times News Express, when players started to approach and trying to defuse the bomb in a site, the word "Defend" will change into "Defuse Target," giving those players an unfair advantage while doing the said action, alarming them in the process. This glitch even works no matter how far they are away from the site.

According to the streamer's Tweet, several of the shooting game's players might abuse said glitch, which was not designed to be in the game in the first place, and might affect the gameplay, as the said map, like any other competitive Call of Duty maps, rely only on skill-based decisions they will make.

This is not the only glitch and bugs that affected Call of Duty: Vanguard. Few days ago, during the game's beta test, a bug was seen in the game, causing players to spawn in enemy spawn points instead of their respective ones. This did not give them the time to react quickly as they might be attacked once spawned.

Also in the said beta test, several players reported that hackers have entered the game. According to Screen Rant, they posted video evidence regarding said hackers on social media, revealing that they are using aimbot software to lock in their targets "at impossible speeds," ending matches swiftly and prematurely.

It was also revealed that a website has posted several hacks for Vanguard, stating that they already cracked the game, while saying that they are able to counter its new anti-cheat system.

As of this writing, Activision, Raven Software, and Sledgehammer Games, the developers of Call of Duty: Vanguard, has not yet commented regarding the said glitch.