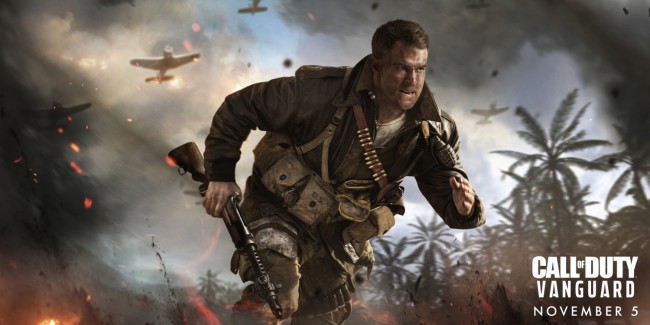 After their successful launch few months ago, Call of Duty: Vanguard is expected to welcome its Season 1, which will bring in new in-game content to the newest Call of Duty installment, including new maps, a new event, and an update for its Zombie game mode.

Aside from the additional content, Season 1 will also bring in the newest anti-cheat software that the developers have working on in order to prevent cheaters from ruining the experience players will have while playing the shooting game.

Along with the new season of Vanguard is the game's integration with Call of Duty: Warzone, which will also receive new in-game content, such as a new map and other additional add-ons to its battle royale mechanic.

Welcome to the Pacific

One of the additions that will be included in Call of Duty: Vanguard is the "Secrets of the Pacific," which will also mark the integration of the game with Call of Duty: Warzone. According to Gamespot, this included the new Caldera map.

READ ALSO: 'CoD Vanguard' Stalingrad Guide: How to Clear the First Half of this Campaign

According to a post in the game's website, the said event will let its players complete a set of challenges and tasks in order for them to collect any information regarding the said, including its points of interests.

The said tasks include acquiring and protecting Pacific artifacts while fighting for survival in Verdansk.

Aside from that, there are no other information regarding Vanguard's Season 1, however several leakers posted several details regarding the new season.

According to Forbes, this includes information regarding brand new Operators, namely Anna, Lewis, and Francis.

Aside from the said Operators, which were shown in teaser art for Season 1, new weapons were also revealed, including the BSA Welgun submachine gun, the M1944 Hyde Carbine, and the PTRS-41 sniper rifle.

Another additional in-game content that was certain to be rolled during Vanguard's Season 1 is the implementation of the game's newest RICOCHET anti-cheat system for PC.

According to a different post in the Call of Duty's website, the said system is a "multi-faceted approach" in order to combat the rampant cheating in the game.

This will feature new server-side tools, which can monitor analytics that can identify any cheating activities like wallhacking and aimboting.

It also enhanced the game's investigation processes on reports regarding cheating allegations, as well as it provided updates to strengthen the security of the player's game accounts.

Aside for Vanguard, the RICOCHET anti-cheat system will also be implemented in Call of Duty: Warzone during the implementation of its Pacific Update.

Other additional in-game content that will be rolled out in Vanguard include three new multiplayer maps, and new additional content for their Zombies game mode, including additional Covenants, a new Objective, and new Challenges.

The Season 1 of Call of Duty: Vanguard is expected to roll out this coming December 8th.

What to Expect in Warzone

As mentioned earlier, aloing with the Season 1 Update of Call of Duty: Vanguard is the integration of the game with Call of Duty: Warzone, which will also bring the Caldera map to the latter.

Along with the map are the other additional in-game elements, including a Dogfighting mechanic where players can ride fighter planes in the game, as well as combatting them with anti-aircraft guns. The said mechanic will be available in the new Vangaurd Royale game mode.

The said update for Warzone will also let all of the in-game data players had from not just Vanguard, but also in Call of Duty: Black Ops Cold War and Call of Duty: Modern Warfare to be playable in the game. This includes their Operators, progression, and personal profile.

Finally, a new seasonal Battle Pass will also be rolled out in Warzone, which contains free weapon blueprints, cosmetics, and weapons that can be attained by unlocking one of its 100 Progressive Tiers.

READ ALSO: 'CoD Vanguard' 'Operation Tonga' Guide: How to Clear the Remaining Parts of the Campaign