WhatsApp's 'View Once' Feature Rolled Out for Beta Testing: How Can You Use This Feature 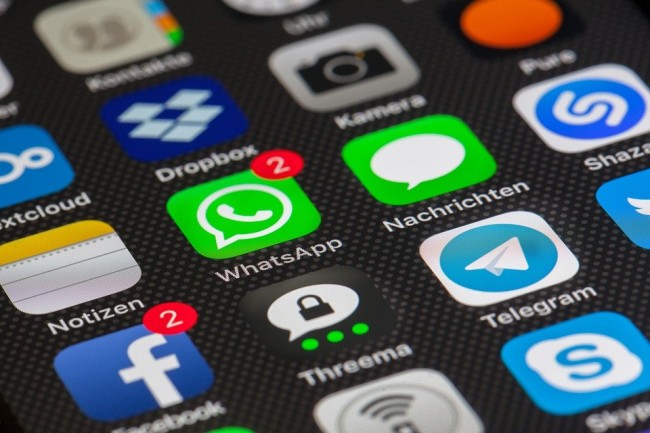 WhatsApp announced that the messaging app will roll out its new "View Once" feature for its Android version.

Currently under its beta test phase, which according to Tom's Guide, it was for the WhatsApp's Android Beta version 2.21.14.3, the said feature will automatically wipe out any photos and videos that users see then dismissed afterwards.

The said messaging app first tried on having a "self-destructing" feature when they released the "Disappearing Messages" feature. According to Slash Gear, this feature "disintegrates" the messages within the app after a given period.

WhatsApp’s View Once feature is rolling out: Here’s how to use it https://t.co/ScGFF05t6l

This said feature became a common way of removing any evidences of any certain discussions, however because of its seven day times, it won't escape any user from any embarrassing situations.

How Does "View Once" Work

According to WABetaInfo, the "View Once" feature, once activated, can make photos and videos that was sent in the chat disappear after the dismissed it.

The user of the said feature will be once notified if the recipient has already viewed it, unless they will disable the "read receipts" option. After the said media is "disintegrated" in the chat, it will be gone for good unless the user send it again.

According to WABetaInfo, if the user of the feature had sent a photo to someone whose WhatsApp has met one of the two conditions above, it will still work and the recipient can view it once.

In a separate article by WABetaInfo, Mark Zuckerberg, chief executive officer for Facebook, which WhatsApp works under for, said that the "View Once" feature is a follow up to their "Disappearing Messages" feature as part of providing the messaging app privacy and security.

WhatsApp has been practicing end-to-end encryption to secure the privacy of the messages in a one-on-one chat. The said encryption is not present on group chats.

However, this feature has its downsides. According to Slash Gear, photos and videos that were sent with the "View Once" feature on can be captured in screenshots. This cannot be avoided because WhatsApp itself doesn't have any screenshot detection feature.

Also, people that user blocked but they are still in the same group chat as you will also be able to view said media once, which can be also be screengrabbed.

How to use "View Once"

WABetaInfo said that in order to look in your WhatsApp if the "View Once" feature is enabled, you first need to check if the feature's button is in the text field. The logo of the said feature is a "1" with dots and a semicircle circling around it. Tap the said logo to enable it.

When you send the media using the feature, it will be viewed once and will be gone afterwards. You will be notified when the recipient has opened said media.

Once set, all of the photos and videos that were set to view only once will be disappeared after you close the app.