DOOM Eternal Patch 6.2 Update: What Fixes that Will be Implemented 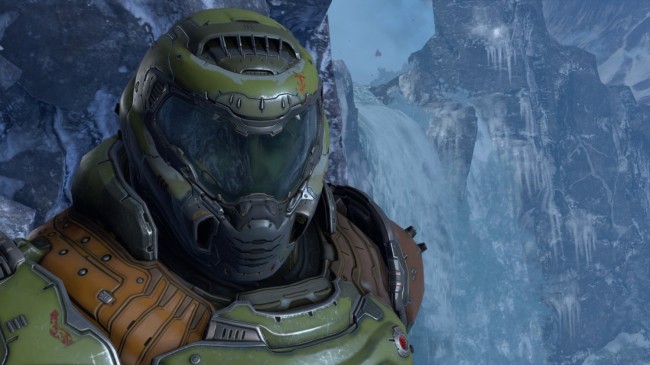 DOOM Eternal will get its Patch 6.2 Update, which will be applied to all of the gaming platforms, with some changes will target specific ones.

The said update, according to Fintech Zoom, despite being small and unlike the Patch 6.0 Update, where it gave a lot of new additional in-game content, it has a lot of fixes that is focused on its in-game elements, including one that will fix a bug in the Doom Slayer's favorite weapon, the BFG.

The said bug fix for the big weapon in DOOM Eternal is the only bug fix that is intended for the PC Version of the first-person shooting game.

Sometimes, firing the BFG-9000 would cause @DOOM Eternal to crash on PC, but that's been fixed in the latest update https://t.co/MTbBvp5H60 pic.twitter.com/cAFpek6fwY

According to the patch notes posted by Bethesda, the developers of the game, they made great strides in fixing the crashes that came from using the said weapon after receiving community-submitted crash logs.

According to them, in case PC players are still experiencing any BFG-related crashes within DOOM Eternal, they need to submit a crash report by either going to the Bethesda Customer Support's Crash Dump Submission and follow the instructions from there.

They can also submit said Crash Report through Steam by right clicking the Doom Eternal icon, then they will go to Properties, and from under GENERAL, they need to enter the "+rgl_captureCrashes 1" under LAUNCH COMMANDS.

PC crash dumps will automatically write as a .zip file and it will be compiling in the "crashes" folder in their local disk's "Saved Games" folder.

On the other hand, the Patch 6.2 Update also fixed a rare crash within the PlayStation 5 edition of the game that is caused by a bad state in its user interface (UI).

Other bug fixes that will be implemented in DOOM Eternal, according to Dual Shockers, includes a fix regarding an issue that made the Undead Droid Revenant and Frog Pain Elemental became unequipable for players that managed to unlock them.

Another fix made by the said update is the one regarding an issue that sometimes render the crucible useless against the DOOM Hunter, Kahn Maykr, Icon of Sin, and Gladiator, as well as an issue that will incorrectly display the Taras Nabad Master Level Unlock "You Got Stuff" notification as Final Sin.

It also reduced the frequency of an issue in which health and armor drops from fallen demons would sometimes impair weapons like the Meat Hook or the Destroyer Blade from functioning properly. This issue might persist but to a lesser extent.

Finally, the update fixed an issue regarding the "No Target" message that players would get when they attempt to chainsaw a tentacle within range after it attacks.

According to PC Games N, DOOM Eternal players will have the opportunity to earn the UAC Tech Revenant Master Collection by participating in the "Plasma Powered" event from August 5th to September 2nd.

The said collection includes new character and weapon skins, including one for the DOOM Slayer himself, a new podium, and new avatars.