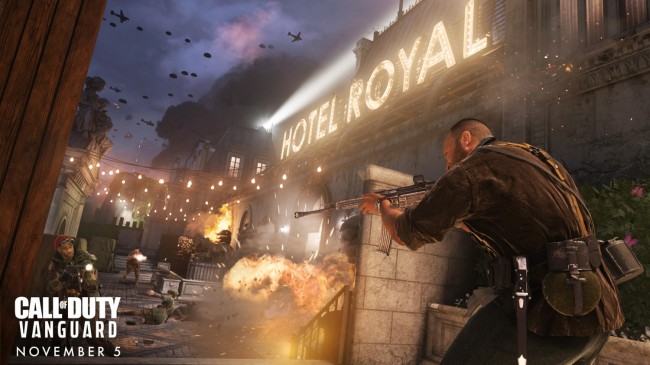 Sledgehammer Games opened up the doors of the Open Beta Test for Call of Duty: Vanguard for all of the video game platforms. The said beta test, according to NME, will be focusing more on cross-platforming, as it will be covering the shooting game's versions for Windows PC, Xbox, and PlayStation.

Participants of Vanguard's beta test will not just only experience the newest installment of the Call of Duty franchise, but they will also receive rewards, including a weapon blueprint for both the game once it will roll-out and Call of Duty: Warzone, as well as a new Operator Skin for Call of Duty: Mobile.

Jump in now! Make sure to stock up on chair-side snacks 🍿 pic.twitter.com/LmJQCTvCIV

Along with them are Windows PC players who also have the Early Access after they purchased the game's Standard Edition and Ultimate Edition.

PC players who will participating in Call of Duty: Vanguard's Open Beta Tests need to have specs suit for the game's system requirements to make sure that it will have a smooth performance during the said beta tests.

Aside from having a Battle.net launcher installed in their system, which is a requirement to participate in the Open Beta Test, PCs must also have a stable Internet connection, a DirectX compatible Sound Card, and a DirectX 12 compatible system.

Participants of the Open Beta Test, according to Forbes, can play the five maps in Call of Duty: Vanguard, namely Champion Hill and its four smaller maps, Hotel Royal, Gavutu, Red Star, and Eagle's Nest.

They will also play the Solos, Duos, and Trios game modes in Champion Hill, as well as the Team Deathmatch, Domination, Kill Confirmed, and the new Patrol game mode. Search & Destroy will also be available.

Participants who will be participating the said beta test, according to a blog post in the game's website, will receive a weapon blueprint for Call of Duty: Vanguard, once it is fully launched on November 5th, and Call of Duty: Warzone, as well as an Arthur Kinglsey Operator Skin for Call of Duty: Mobile, which will be shortly available after the end of the Open Beta Test.