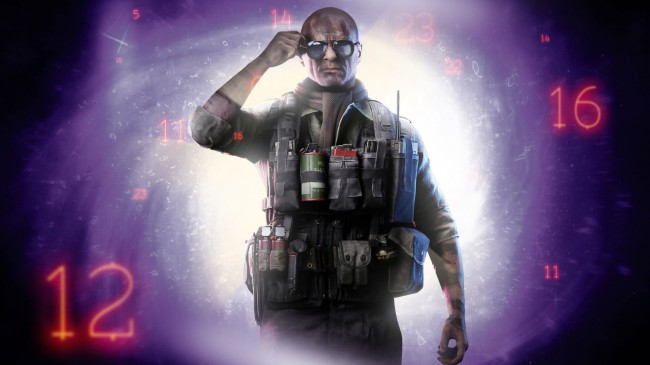 Raven Software released the notes for Call of Duty: Warzone's Patch Update, revealing several changes to the shooting game's weapons, as well as a tweak for drops in one of its game modes, and fixes to some bugs that might affect the game.

According to DBLTap, the Krig 6 and the FARA83 assault rifles will be two of the said weapons that will receive a tweak following the Patch Update.

This includes the Weapon and Attachment adjustments we shared yesterday and several Bug Fixes.

According to the said patch notes that was posted in the game's website, the Krig 6 will have its recoil increased but its damage multiplier to the neck will be decreased from 1.3 to 1.1.

READ ALSO: 'Call of Duty'-Amazon Prime Gaming Loot Bundles Guide: How to Get Them for Free + What's Inside

The reason for this tweak, according to Raven Software, is because the said weapon should be intended as an entry-level weapon, and because of these changes, the said rifle will be a "first or second stepping stone" for its players, which the developers wanted.

As for the Fara 83, its minimum and maximum damage will be decreased from 25 to 23 and from 29 to 25, respectfully, while its damage multipliers for head, neck, and upper torso will be increased from 1.35 to 1.56, from 1 to 1.2, and from 1 to 1.1, respectfully. This is to make them align to other weapons that required a similar level of skill.

The AK-47 assault rifle, according to Gamespot, will have its gun kick adjusted in order to behave more closely to other 7.62 caliber weaponry, while the QBZ-83 will have recoil slightly increased and its recoil dampening enabled.

The TEC-9 submachine gun, on the other hand, will have its minimum and maximum damage decreased from 24 to 22 and from 26 to 24, respectfully, while its damage multiplier to the neck will be increased from 1 to 1.1.

Other weapon adjustments that will be implemented include the adjustment of the recoil and gun kick of the light machine gun Alpha along with the increasing of its raise interrupt time from .8 to 1 second, and the slight decreasing of tactical rifle Chalie's recoil.

Aside from the weapon adjustments, the Call of Duty: Warzone's Patch Update will also bring other tweaks to several weapon attachments. The 18" Rapid Fire and the 17" Titanium gun barrels for the tactical rifle Charlie will have their fire rate increased from 5% to 6% and 7% to 8%, respectfully.

Aside from these changes and tweaks, the patch update will also fix several bugs, including a fix to a visual issue regarding a certain easter egg awarding a Calling Card, as well as an issue where the same easter egg could not be interacted with.

It also fixed a bug that caused the Red Door rooms to misleadingly appear open if a player dies inside one and redeploys later after winning a Gulag match, as well as a bug that allows players to force said rooms to remain open by using the Deployable Cover Field Upgrade.

The update also fixed a bug that causes the Auto Move Forward accessibility menu option to appear twice, as well as a bug that prevents text from fitting properly within the game's Menu elements in non-English languages.

Other bug fixes include a fix to a bug that prevent players from receiving rewards after completing a contract in core battle royale mode, a bug that makes the Swiss K31 "Roman" sniper rifle's Standard Reticle not center-aligned, an issue that causes the second Objective in the "Security Expert" Operator Mission for Kitsune to track properly, and other issues that are related to the Tempered perk.

TAG Call of Duty, Call of Duty: Warzone
© 2020 Game & Guide All rights reserved. Do not reproduce without permission.