(Photo: The 5 Most Expensive League of Legends Accounts)

League of Legends accounts have a huge price range depending on their quality, rank and skins involved. Though players can buy a League of Legends account for as little as ten dollars if they're happy with a bot-levelled account with no extras, there are certainly accounts that cost a lot more than that. In fact, depending on the account some players are willing to spend thousands of dollars on their perfect account, but if accounts can be so cheap what can make them so expensive?

Hand Levelled accounts or accounts that were levelled to at least 30 by a direct player are quite a bit more expensive than an account that is levelled by a bot. There are a bunch of advantages to accounts like this, one of the biggest ones being that these accounts are way less likely to get caught by Riot and get banned.

When payers are buying accounts, even unranked accounts, keeping the account is one of the main considerations. That's why hand levelled accounts matter and players are willing to pay much more for them. Anything on this list is going to be hand levelled.

There are players out there who are stuck in a certain rank, and maybe they don't have the time to properly climb out of the rank. Getting out of any rank in League of Legends is, at minimum dozens of hours of playtime for a normal player. This is something that many people choose to bypass.

Buying an account with a high ranking gets expensive fast. There aren't many players in the world who can reach the highest ranks that League has to offer and there are even less of those who are willing to sell accounts that they spent so much time ranking up. In the end the premium these accounts demand is quite a lot, but it's not close to as much as some other factors on this list.

Accounts at some of the highest ranks that League of Legends has to offer are going to end up being around $1000.00 USD depending on the server and the person selling the account. One of the harder parts for these accounts is that sites that reliably sell used accounts often are sold out of these accounts due to supply issues, so the safest way to buy accounts isn't always an option.

From the outside looking in, League of Legends accounts might seem like they are all about rank, but the most expensive League accounts are carried by rare skins that are impossible to get in the modern day. The highest ranked League of Legends accounts can reach $1000.00 but the accounts with the best skins often sell for several times that. In fact, single skins can be worth several hundred to thousands of dollars. Here are some of those skins;

Championship Riven - Starting off the rare skins Championship Riven was given out to the around 8000 players that attended the World Championships way back in Season 2, as well as being available on the store for 10 days in October 2012. With Riven being one of the most popular champions in the game, and this skin never being re-released, there is good reason for it's astronomical value. Unless you were lucky enough to get one of these free codes (Our buy one back in the day) buying an account with this skin is your only option for getting your hands on it.

Victorious Jarvan // Elise - These skins are some of the OG throwbacks in the game. Though technically every Victorious skin has some value as they are exclusive to the year, but raw player count there are so many more copies or more recent victorious skins that it's the OG skins that have the real value here.

Specifically, players needed to be some of the better players when League of Legends had its first ranked season in order to pick up Victorious Jarvan, which makes the skin extremely limited, as that was a little before League of Legends exploded and became one of the biggest games on the planet. This is why, even though they are both worth a lot, victorious Jarvan is the much more expensive of the two skins.

This means that these skins only belong to players who A) Were playing League of Legends back in season one, similar to Victorious Jarvan, but its also limited by players who bought the physical copy of the game. This makes each of these skins worth hundreds of dollars, and they are typically on accounts that also have other premium skins.

Human Ryze, and Black Alistar -  Going even further back than walking into a Game Stop and buying a physical copy of League of Legends, there were some players who pre-ordered the game and this was their biggest reward for that, getting one of these two skins for their account when they first logged on.

Of these, the rarer of the skins is Black Alistar, but either way they are both incredibly rare, because players back then didn't know that they were ordering what would become the most popular video game of all time. The several thousand of each of these skins aren't enough to meet demand, and a bunch of them are lost to time from people who might have tried the game and decided that it wasn't for them.

Pax Twisted Fate: The Most Expensive League Skin - Unlike the other two Pax skins, Twisted Fate was the first and League of Legends was just releasing when he came out. The only people lucky enough to get this skin were the patrons who checked out the League of Legends booth before the game was a worldwide phenomenon. It's one of the main drivers of League account prices, pretty much all the accounts on this list are going to have Pax Twisted Fate. Visit this website to learn more about skins and accounts.

So what are the most expensive League Account Sales of All Time? 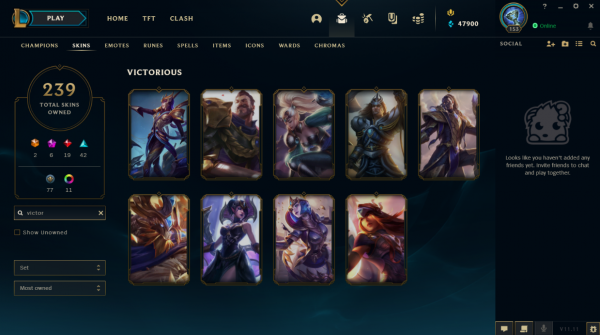 This account doesn't' have the heaviest hitter on the list: Pax Twisted Fate, but has some skins that are still holding it up. It's made this list from its placement as an account that is additionally held up on its ranking, being one of the few high tier accounts with great skins to come with a Diamond ranking as well.

From here on, people don't even bother mentioning their accounts rank, as it doesn't really matter anymore. 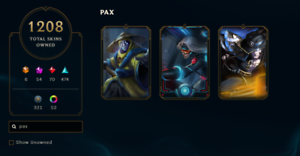 This account has most of the tell-tale signs of a high value League Account, having the grand majority of skins that are available on League of Legends. The biggest misses for this account are the Victorious Skins and some of the rare Worlds skins, but with all the Pax skins, plus all the pre-order and physical copy skins, they've still got an incredible account here. Sadly it was sold back in August 2021 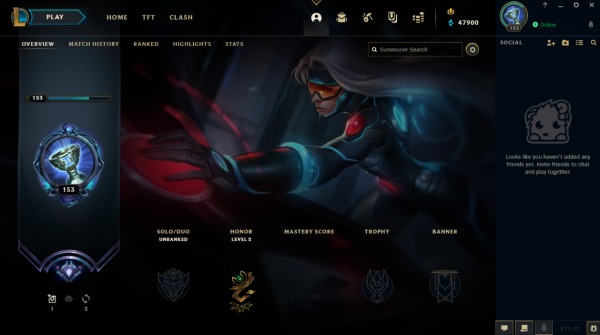 At 5000 Dollars, this account is one of the most robust accounts to be available online right now, with skins like Pax Twisted Fate and Black Alistar one the same account, it's clear why this account is demanding such a price tag.

This account also has one of the most expensive skins that didn't make our list, with Pumpkin Head Fiddlesticks, who was only involved in the original Halloween event that League of Legends put on. It wasn't a popular skin, so they have made it exclusive instead. 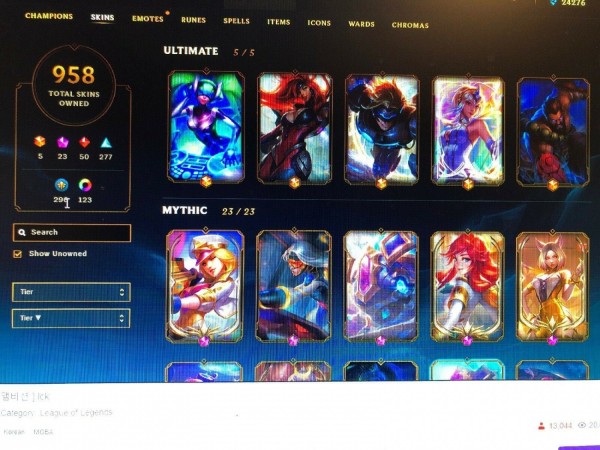 Though this one hasn't been sold yet, if it officially is, then there is going to be both a new official record and a new age when it comes to selling League of Legends accounts.