'Monster Hunter Rise' Patch 3.0 Update: New Monsters and How to Unlock Them ALL 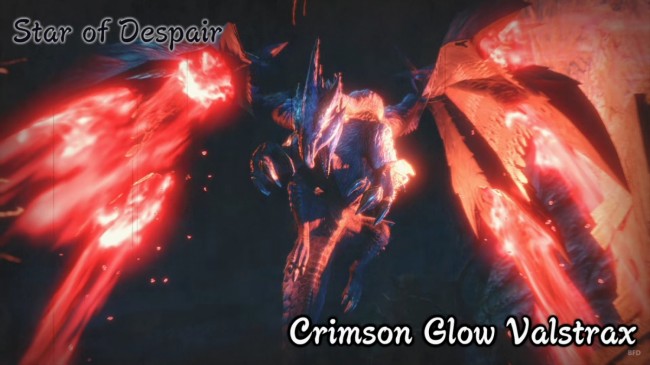 New monsters will await the players of "Monster Hunter Rise" as it receives the Patch 3.0 update today after revealing it by Capcom during a Monster Hunter Digital Event yesterday, May 26th.

According to the game's patch notes, which was released by GameWith.net, players can now face the Crimson Glow Valstrax, a variant of the flagship monster from Monster Hunter Generations: Ultimate. In order to unlock the quest required to hunt down Vastrax, you must first reach Hunter Rank (HR) 100 by completing several easier tasks as well as farming during Rampage quests.

Once you reached said Hunter Rank, you can accept the 7-star Hub Quest, "The Allmother," where you will hunt down both Ibushi and Narwa the All Mother before clearing said quest. Ibushi can be found at the Red Stronghold and it can be unlocked after completing a number of 6-star Hub Quests, while Narwa the All Mother can be seen at the Coral Palace.

Before accepting said Hub Quest, you first check if you have the best gear suitable for the job. GameWith.net suggests in its guide that it is best to play this quest with your friends in order to accomplish it fast.

Once you defeated the two monsters and clear the Hub Quest, you have unlocked Crimson Glow Valstrax. You can hunt him down within these following maps - Shrine Ruins, Sandy Plains, and Flooded Forest.

To prepare yourself against Valstrax, you must first increase your Dragon Resistance as it relies more on Dragon-element attacks. The best way to solve this is to eat Dangos for boost.

In a guide made by GameWith.Net, you need to consume a Mint-iature Dango (Gives you a temporary increase to your attack and defense stat after consuming), a Dragonsbane Dango (Gives you a +10 Dragon Resistance increase) and a Magnacrisp Dango (Give you a prevention aginst fainting once when damage taken exceeds your mental health and a greater increase of attack stat once your health is running dangerously low).

Another tip that the guide gave was to have a reserve Wirebug charge to get away from Valstrax, combos while focusing on attacking its chest to deal extra damage. You can also blind the said monster using Flash Bombs if you need room to recover. Just take note that Valstrax will go berserk once blinded, which can last for few seconds.

Finally, you can avoid his Ultimate Attack by getting out of the map or do a dive to dodge it. Make sure that you and your team will not be on the same place where Valstrax initiates its Ultimate Attack, otherwise all of you will wipe out, leaving you to restart the whole quest.

Another new monster that will enter the game after the Patch 3.0 update is the Apex Zinogre. A stronger and harder version of if the Zinogre, this monster is set to appear in the game's Rampage Mode and in Hub Quests.

This monsters, along with a new Ending content, skills, quests, weapon trees and more, are included in the new Patch 3.0 Update of "Monster Hunter Rise," and there is more to come according to Capcom.

In an article by Polygon.com, the game developing company will go on with their roadmap for the game as they will be having a collaboration with its fellow Monster Hunter game, Monster Hunter Stories 2. They also said that the next Patch Update, Patch 3.1, is set to release this coming end of June.