Google Pixel Buds A-series vs Pixel Bud 2: What are the Differences? 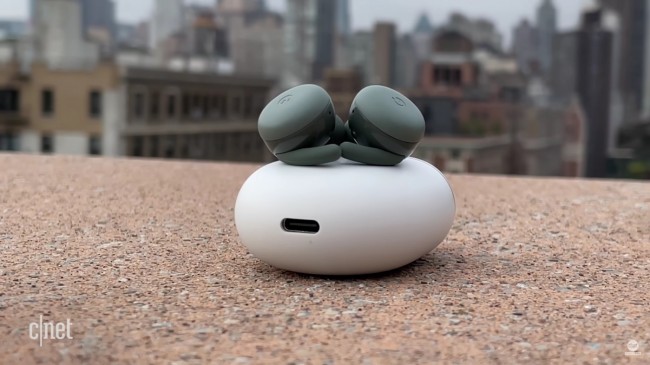 After their successful launch of their Second Generation series, Google will grab the opportunity to make another wireless earbuds once again with the release of the Pixel Buds A-Series.

Aiming to create an affordable pair of wireless earbuds, the Pixel Buds A-Series might be the better version of the previous earbuds that the Search Engine company did since 2017.

With a price tag that ranges below the $100 mark, the A-series retains the same features from the Second Generation Pixel Buds 2, including the same enjoyable sound quality, the hands-free Google Assistant access, and the smooth round touch control area.

Both earbuds also had the IPX4 water resistance, meaning that it is resistant to water splashes from any direction.

READ MORE: Google I/O 2017 When And What Stuff To Look Forward To

In terms of noise canceling, both if these earbuds don't have any features that could cancel outside noise. Both earbuds have the "Adaptive Sound" - a feature where it can change the volume as you move from place to place. This eliminates the need to change the volume manually.

Also, they have the same battery life of 5 hours and a charging time up to 24 hours using the charging case.

But apart from these similarities, what makes the Pixel A-Series different from the Pixel 2?

First, the A-series revamped the "stabilizer arc," the extra rubber piece that was used in the Pixel 2, to make it look smaller and softer. According to The Verge, this removed the discomfort that users of the Pixel 2 had after a prolonged time of listening.

According to Pocket-Lint, another major difference between the two is while the Pixel 2 has the option to change volume through gestures, the A-series eliminate this feature for cost reasons.

Despite this, the A-series doesn't have the gesture problems the Pixel 2 has, which has a possibility to be finicky, according to Tom's Guide. Another problem mentioned was the fact it cannot register any intended commands properly.

However, according to Pocket-Lint, the A-series can only rely on the "Adoptive Sound" feature to adjust the volume, and it tends to yo-yo unintentionally due to the outside noise.

Another major difference is their call quality. According to the reviews made by Tom's Guide regarding the two Pixel Buds, the Pixel 2 had a low call quality because of its two problems - clarity and volume. If you want to try calling using the Pixel 2, you will get an incredibly low volume, even if you max out its volume.

This problem was solved in the A-series all thanks to the company's beamforming mic technology which according to them, it will give a superb speech quality. However, when it was tested for recording, it gave a weak audio output.

In terms of connectivity, Google did not solve the problems encountered by the Pixel 2 in making of the A-series, but rather they add some improvements to the latter. According to The Verge, each of the A-series earbuds were connected individually to a source device.

Its antennas and chipset architectures were optimized for stronger transmission and increased range.

Apart from these differences, including their prize value (The Pixel 2 costs around $179 while the A-series is around $99), both earbuds are almost the same.

However, with the issues still arising, and the competition within the earbuds market are still fierce, Google might have a bit on the edge, price-wise, for the A-series.

READ ALSO: Pixel 2 Suggested Features To Make It Even Better, According To Consumers