#TwitterBan in Nigeria: Is It Safe to Evade the Ban Thru VPN? 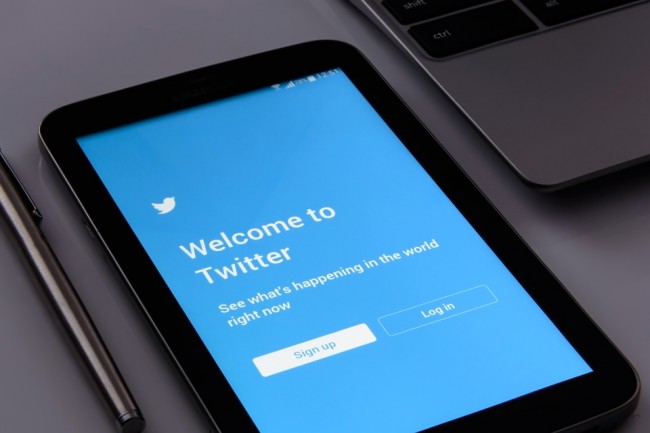 Throughout the day, Nigerians expressed their dissatisfaction regarding their government's move to ban Twitter and its operations within Nigeria's internet domain using the same site that their higher ups trying to ban.

In a statement posted in Techcrunch.com, Lai Mohammed, the country's minister of Information and Culture, said that the suspension was made due to the social networking site's "persistent use for activities that are capable of undermining the country's corporate existence."

Several people tweeted for protest, with the hashtag "#TwitterBan," saying that the ban would compromise their freedom of self-expression while others label it as "useless."

Even the Nigerian chapter of the Amnesty International condemns said act, saying in their tweet that the action is "clearly inconsistent and incompatible" with the country's international obligations that were under the African Charter on Human and Peoples' Rights.

Others, on the other hand, took measures to evade said social media ban in their own hands and decide to use technology to aide said evasion.

A tweet from @Princemudi_ said that there is a way - through a Virtual Private Network, or VPN for short. But how does it work?

In an article by Kaspersky, A VPN can hide your IP address by letting a network redirect it through a specially configured remote server that was run by its host.

This means that if you will surf online, whether in PC or in mobile, while your VPN is on, its server becomes the source of your internet data, acting as a "smokescreen" so that you Internet Service Provider (ISP) and other third parties cannot see which websites are you visiting or what data you are sending or receiving.

For example, I want to watch something on Netflix but that show is not available in my country because it was blocked by my ISP. I activate a VPN so that I could watch said show. The VPN will "mask" the data that was in my computer, fooling my ISP that this is what I am visiting.

Installing a VPN has its benefits according to Kaspersky. Its prime benefit is data encryption security, in which it will protect your data encryption from suspected hackers or cyber criminals that is lurking within a public network.

It also disguises you from the internet as VPN servers will act as proxies, hiding your actual location. In addition to that, most of its services do not store your activity logs, therefore things like the sites that you are visiting will remain hidden.

VPN can also give you the ability to access content that are region-blocked in your country. Like the aforementioned example regarding Netflix, VPN's location spoofing can "change" the location by switch to a server from an another country so that you could access a content that is not accessible, or watchable, in your country.

And finally, VPN servers can reduce the risk of getting your data leaked with the help of their encryption methods and connection to a private network.

There are types of VPN that you can choose from depending on the usage. A Secure Sockets Layer VPN, according to Fortinet.com, makes you access towards an organization's network and client-server applications, as well as internal network utilities, without any need of a specialized software.

This is suitable in today's standards, especially during the time of the Covid-19 pandemic, when companies allowed their workers to do their corporate work at home.

A Site-to-site VPN was designed to hide private intranets, allowing its users of these secure networks to access each other's resources. This is an office-suitable VPN, which is perfect for companies who had multiple connections within, each with its own local access networks connected to a wide area network.

Finally, the Client-to-server VPN is a VPN service where you can access any website from their home via secure connection. This is the commonly used VPN as it was used in practical ways, such as entering a region-blocked site, while giving its data a security that it needs.

Client-to-server VPNs are often installed either in a PC or in a smartphone, either free or paid.

In an article by Security.org, two VPNs are viewed the bests VPNs that you can install in your Android smartphones. ExpressVPN, whose servers are in the British Islands, offers quick internet access that can also keep your data safe.

On the other hand, NordVPN, who is based in Panama, is suitable for keeping your data, and internet-surfing experience, private, even if you are browsing the web on a public Wi-fi.

From the two, both are well-renowned for their VPN prowess, but they each have their own advantages. ExpressVPN allows Split Tunelling, or the ability where one can access both public networks at the same time using similar or different connections.

NordVPN has its multi-hop encryption, or any data sent was encrypted in multiple servers, making it more secured. Apart from these two, NordVPN is much cheaper than ExpressVPN.

With the Twitter Ban being in place in Nigeria as of this writing, Nigerians are now resorting to VPN to protest the said act from the government. But is it safe for them to do so? In an article made by Comparitech.com, the answer is "Yes."

According to the article, a VPN is a much safer way to access the social media app when it is blocked to a country, such as China, Iran, North Korea, Turmenistan, and recently, Nigeria. Many people nowadays are now resorting in using it to provide information or seeking help.

As an added bonus, it can also encrypt your traffic, "masking" it from those who are watching your network.

Twitter do not ban users from using VPN, rather the social networking site doesn't mind whether you are using it or not.

READ ALSO: #cashappfridays: What is the Trend All About? Is It Safe? What is Cash App?

TAG twitter
© 2020 Game & Guide All rights reserved. Do not reproduce without permission.