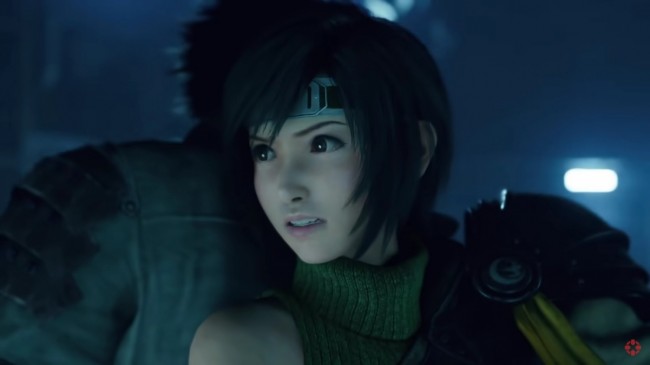 The said expansion will be the additional material for the remake with new stories, quests, and a new character that will make every FFVII happy.

In the expansion, players will have the opportunity to play as Yuffie Kisaragi, a Ninja/Thief character and one of the fan favorites in the game. Not only that they will play as the ninja from Wutai, but also they will play the Yuffie-dedicated episode, "EPISODE INTERmission."

According to IGN, the DLC episode will focus on Yufie and other new characters who are on a mission to infiltrate the town of Midgar and steal "the ultimate materia" from the Shinra Electric Power Company, the same company Cloud Strife used to work for as an infantryman.

Aside from Yufie and her own, episode, player will also notice changes in in the game once they upgrade it to Intergrade. According to CNet.com, changes in the game's cosmetics, including improved texture and lighting, can be seen.

Also players will have an option to choose between "Graphics Mode" and "Performance Mode" depending on how they want to enjoy the game. The former will rely on the 4K resolution in the video graphics, while the latter will give them a fluid 60 frames-per-second gameplay.

Intergrade also gives players an opportunity to enjoy moments within the game with a customizable "Photo Mode," while they will experience the game's intense battles by using the PlayStation 5's DualSense controller with its haptic feedback.

All of these, according to Tech Times, will be in one game worth 81.338 GB of download size and 85.965 GB of PlayStation4 Size. Take note that this game size does not include the Day One Patch.

How to Get Your Copy

Players may now pre-order their copy of Final Fantasy VII Remake Intergrade on June 10th at their nearest retailer for their Physical copy or buy it straight at the PlayStation Store if they want the Digital version.

The game is available in two editions, the Deluxe Edition and the Standard Edition.

Those who bought the Deluxe Digital Edition will not only get the game itself and the "EPISODE INTERmission," but also they will get the game's Digital Artbook, Digital Mini Soundstrack, and as a pre-order bonus, a Cacstar weapon that they can wield to Yuffie.

According to IGN, those who have a copy of Final Fantasy VII Remake in their PlayStation 4 can down the Intergrade expansion for free starting June 10th. However, in order to get the "EPISODE INTERmission," you must pay extra.